McComas: A swarm of democratic candidates visited Iowa this month. What does it mean for their campaigns?

Presidential campaign tours have energized Iowa early on, but will they stick to their messages? 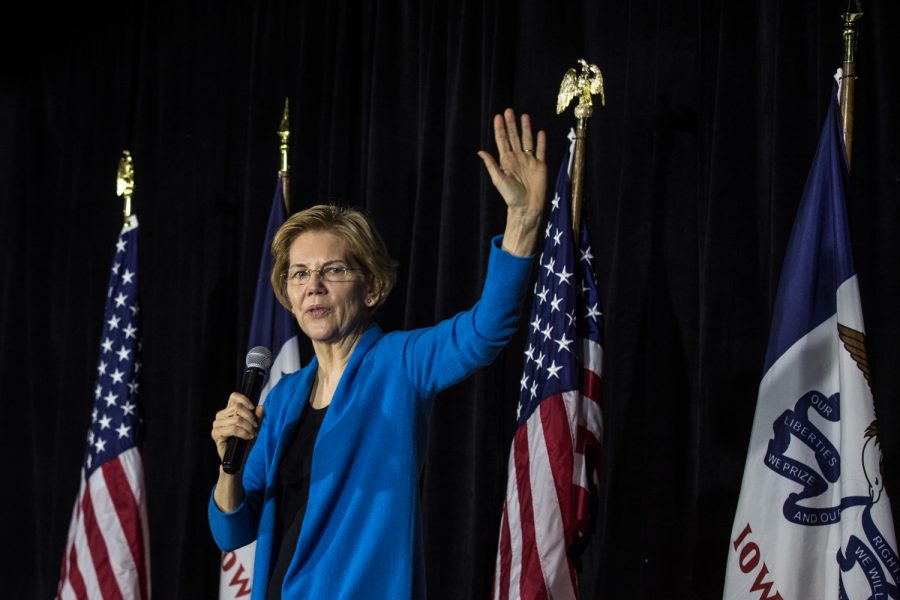 A flood of 2020 presidential candidates have swarmed into Iowa this past month. By traveling to cities all across the state, the potential Democratic nominees aim to target local voters and attract national attention.

Sens. Cory Booker, D-N.J., Kamala Harris, D-Calif., and Elizabeth Warren, D-Mass., are a few of the candidates who have attracted my attention when they announced their campaigns early on and immediately made their way to eastern Iowa.

Each of the candidates’ visits to Iowa have laid the foundations of the campaign by establishing values and promises that they will have to maintain throughout the race.  As these candidates create a narrative for themselves, it’s important to evaluate the authenticity of the messages they portray.

Coverage of their visits to the Hawkeye State has shown energetic crowds, but their visits have not been distinguishable from each other.

When national politicians come to Iowa, a lot of the talk tends to drift toward aiding the middle class with economic reform in an effort to relate to the average, working Iowan. Some even track their roots back to Iowa, as Booker did in Cedar Rapids last weekend. Warren went a step further and related her goals on economic policy to her middle-class upbringing and her family’s struggle with minimum-wage earnings. These efforts make certain candidates seem more personable and attractive, but ultimately, voters need to find which policy areas are most important to the candidates in order to weed out the politicians who lack policy-driven campaigns.

It is possible for early campaign initiatives to be sincere, but the question is whether the politicians will stick to their word and have consistent ideas throughout their campaigns. Are the candidates tailoring their speeches to make their ideas attractive to Iowans? The candidates who can define their goals early on and establish a few policy areas that will be focused on all the way through their campaign — and that are relatable to all states — are the competitors who will likely get the furthest.

All being Democratic candidates as well as current U.S. senators, they offer some similar policies. These candidates are all on board with initiatives such as the Green New Deal and health-care reform, and they agree on such subjects as wealth inequality and the Trump administration.

Booker, Harris, and Warren have many similarities, so they have to create campaigns that will set them apart, which we haven’t seen much of in Iowa.

Many attendees at the candidates’ stops in Iowa have noted the energy and passion that these politicians have brought to the state over the past month. Booker, Harris, and Warren have excelled in their efforts to fire up crowds and spark connections with Iowa voters. On their upcoming visits to Iowa, the candidates need to pinpoint their policy proposals and distinguish themselves from each other — and from many other Democratic candidates — so that more voters can get on board with their ideas and rally others to support their campaigns.