Bluder nominated for Naismith Award Coach of the Year

The Hawkeye head coach was nominated with some of the nation's best. 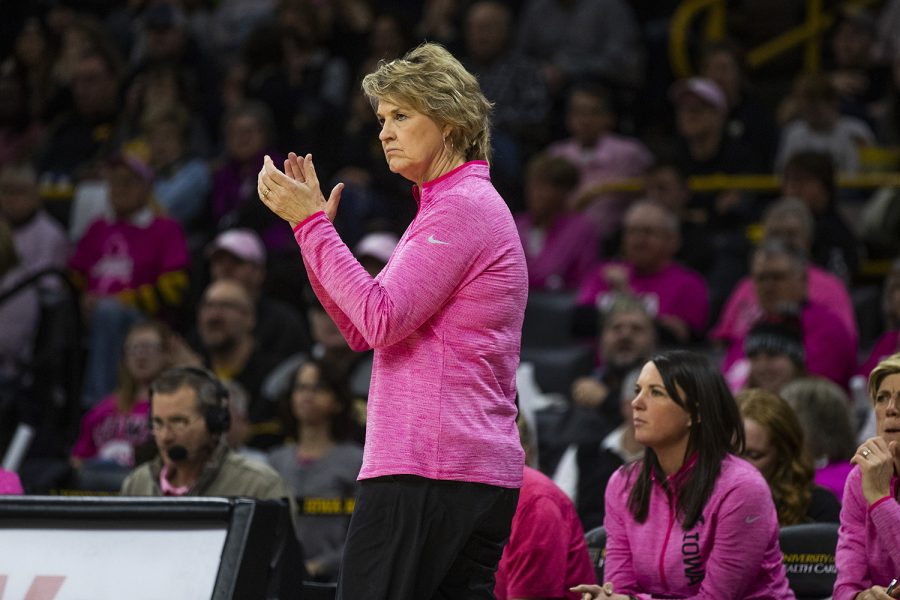 Iowa women’s basketball head coach Lisa Bluder has been named a nominee for the Naismith Award Women’s Basketball Coach of the Year, the award announced Wednesday.

Bluder is one of 15 coaches on the list and the only coach from the Big Ten. Other coaches include eight-time winner Geno Auriemma of Connecticut, three-time winner Muffett McGraw of Notre Dame, No. 1 Baylor head coach Kim Mulkey, and Mississippi State’s Vic Schaefer, who won the honor last season.

Bluder, the all-time winningest coach in Hawkeye history, has led Iowa to a 22-6 (13-4 Big Ten) record with one game left on the schedule. In the past, Bluder has been recognized as WBCA Regional Coach of the Year three times, most recently in 2010. She has also been named Big Ten Coach of the Year three times, with her most recent honor coming in 2010.

Iowa currently sits at second in the Big Ten standings, just one game behind Maryland.

After taking on Northwestern at Carver-Hawkeye for Senior Day on March 3, the Hawkeyes will travel to Indianapolis for the Big Ten Tournament March 6-10.