Helton: 20 Out of 20: Amy Klobuchar centers on the moderate approach

With most Democrats leaning leftward, the Minnesota senator sees room to run in the middle. 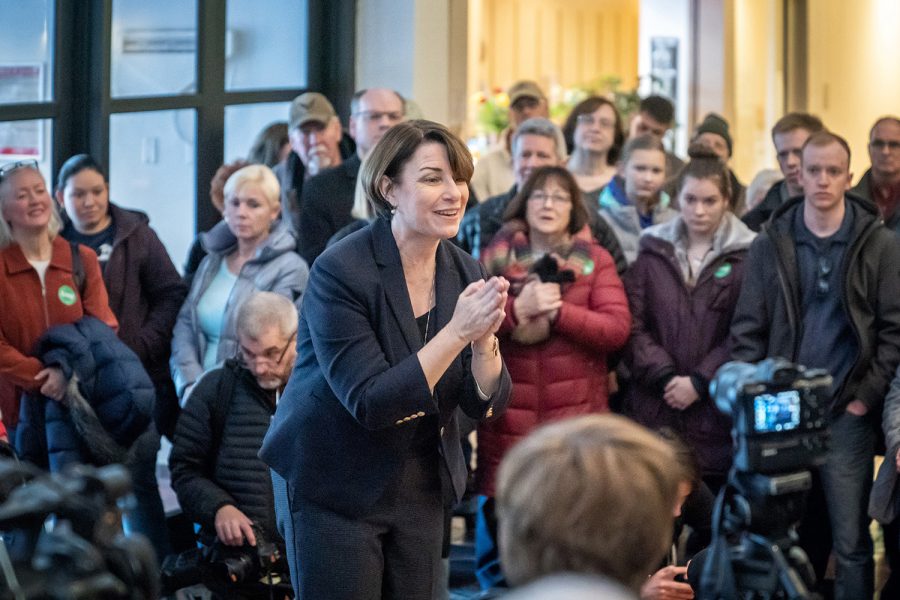 Iowa may have the first-in-the-nation caucuses, but it seems that every 2020 candidate comes from places far from our Midwest paradise. They’re either from the East Coast — such as Sens. Elizabeth Warren, D-Mass., Cory Booker, D-N.J., or Kirsten Gillibrand, D-N.Y. — or other far-flung regions such as California’s Sen. Kamala Harris or Texas’ Beto O’Rourke and Julián Castro.

But there’s a big-name senator who hails from nearby and she comes from our neighbor up north. Minnesota Sen. Amy Klobuchar is running for president and she’s betting on her history in the Midwest to reach the West Wing.

At this point in the campaign cycle, candidates are staking out their position within the party. Many of them — including frontrunners Warren, Booker, and Harris — have made a conscious effort to move their messages leftward, both on policy and in rhetoric. With left-wing proposals to overhaul everything from childcare to health care, Klobuchar has maintained a much more centrist message for her primary campaign.

RELATED: Helton: 20 Out of 20: Checking the stocks of Democratic candidates

“I’m not for free four-year college for all,” Klobuchar said. “If I was a magic genie and could give that to everyone and we could afford it, I would.”

The senator has been careful not to commit to big-swing reforms, instead favoring incremental changes such as increasing funding for Pell Grants, a form of financial aid provided to low-income students, and creating more incentives for students in need.

It’s not difficult to imagine a scenario in which there are many left-ish candidates who split that vote, leaving whoever can win over moderates to surge ahead. The energy in the party may be on the left, but there’s plenty of Democratic voters still in the middle.

There are data to support this theory as well. In a November Gallup poll, 54 percent of Democrats and Democratic-leaning independents reported they would prefer the party to become more moderate. Only 41 percent of respondents said they’d prefer a more liberal party in the same poll. Of course, more ideological voters are more likely to participate in primaries, but running as a more pragmatic leader is still a valid strategy for the right kind of Democrat.

Of course, there’s the entirely separate issue of Klobuchar’s alleged mistreatment of her staff, sparked by a HuffPost report. She’s been described as “tough to work for” and former staffers have noted her tendency to have unreasonably high standards. Time will tell if this becomes a bigger issue later in her campaign, or if it will be brushed off as the media being too tough on female politicians.

Can she beat Donald Trump?

The answer to this question hinges a lot on the president’s own strategy. President Trump has shown himself to be more loyal to his base than anyone else. He made it to the White House with white Midwestern working-class votes, and he’ll aim to do that again in 2020.

Even with her credentials as a gold-star Minnesotan — she announced her campaign in the middle of a blizzard — it would be a tall task for Klobuchar to win back the Midwest.

She might have better luck trying to appeal to highly educated, suburban women who voted for Democrats in last year’s midterms, as Trump doesn’t seem to be improving his already dismal numbers with women in 2016.

RELATED: Helton: 2020: Will Cory Booker’s better angels fly him to the White House?

Before Klobuchar can figure out how to take down the incumbent, she has to persuade her party that a centrist campaign is the right move in the age of Trump.