DoniRae Mayhew and Allison Doocy dominated at the plate and in the circle, and Iowa softball ran off a 6-0 weekend slate. 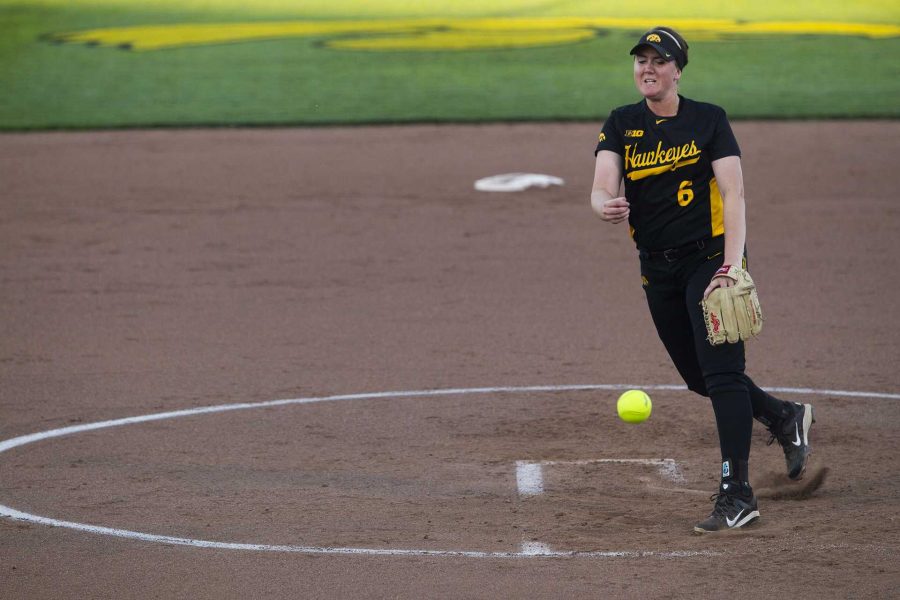 Iowa softball (8-6) had the bats working sometimes and the pitching a lot in the Diamond 9 Citrus Classic in Orlando, Florida, this past weekend.

The team faced a lengthy slate of six games and managed to win all of them. The most successful weekend of the year so far for the Hawkeyes helped the team stretch its winning streak to seven games.

Pitcher Allison Doocy jump-started the Hawkeyes immediately with a standout effort. The ace handled AUB in the Hawkeyes’ first contest (on Feb. 22), tossing a complete game and giving up only 1 earned run to the Blazers in the 3-1 victory.

“Looking what Doocy did versus UAB was impressive,” head coach Renee Gillispie said in a release. “She really dominated that game.”

Aralee Bogar led the charge on the offensive end for the Hawkeyes, scoring 2 runs on 3 hits. She stole third base in the third inning and scored on an error, giving Iowa a lead it never relinquished.

The team faced Fordham in its second game that day. Junior-college transfer DoniRae Mayhew started in the circle for the Hawkeyes and posted her best performance of the season. She set up relievers with 4 complete innings, giving up only 1 earned run. She added a hit and an RBI for good measure.

Despite that, the Hawkeyes were in a 2-run hole in the seventh, but a 4-run rally and a 3-strikeout inning in the bottom of the inning for closer Erin Riding sealed it, 5-3.

“Being able to come back on a double-dipper playing back-to-back games was big,” Gillispie said in a release. “Having a chance to go against Fordham — they are a very tough offensive team.”

The Hawkeyes came out in full force on Feb. 23 and shut out Morgan State and Fordham.

Pitchers Sarah Lehman and Riding held Morgan State to 2 hits in the first game. The Hawkeyes struggled to get things going offensively in a pitching showdown, but Mayhew posted 2 RBIs in 2 at-bats in the Hawks’ 3-0 win.

“We are seeing some great things from the players,” Gillispie said in a release. “We had a lot of productive outs today, and some big bats as well. We had a chance to see some big hits from [Mayhew]. She is really hitting some bombs right now.”

Everything was clicking for the Hawkeyes in its second matchup with Fordham later that day. Mayhew put up another 4 hits in the win, going 6-for-6 on the day. Doocy gained her fourth win on the year with a 1-hit shutout in a complete game.

“We did a great job on the mound,” Gillispie said in a release. “You are looking at Doocy, who had a great showing. She had six and a half innings of a perfect game.”

Doocy remained dominant during the rest of the weekend. She took the circle in the team win against Notre Dame on Feb. 24, not giving up any earned runs and tossing another complete game. Mayhew again kick-started Iowa’s bats; she crunched an RBI in the first inning and gave Iowa another lead it didn’t give up.

The Hawkeyes also took down the Czech National Team in an exhibition later that day. The high-scoring affair ended in a Hawkeye victory, 12-5.