After hitting five 3-pointers against Indiana, Jordan Bohannon drew comparisons to one of the best shooters in the NBA. 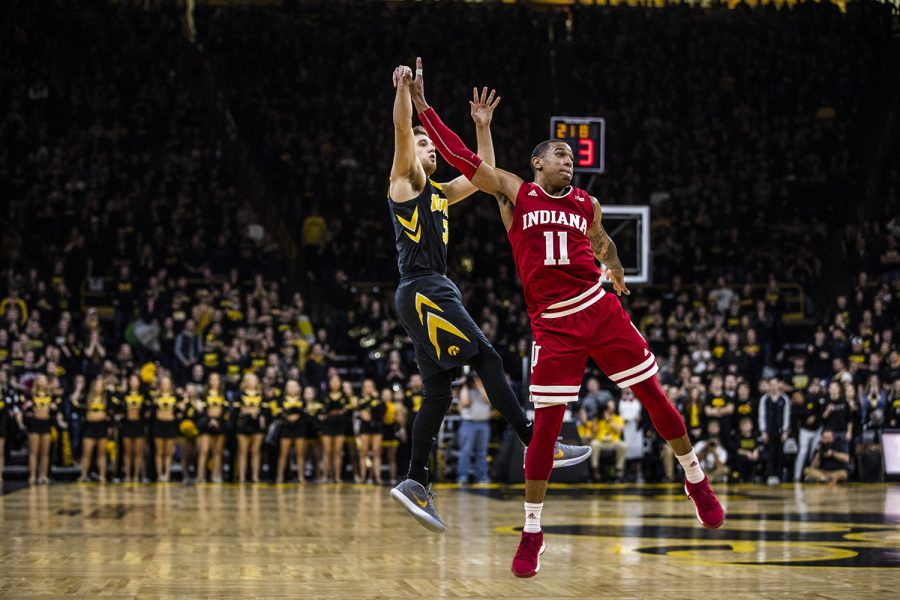 Against Indiana on Friday, Iowa’s Jordan Bohannon unleashed a fiery wrath of 3-pointers, draining three 3-pointers in a span of 2:27.

“I remember when we signed him, I said he’s a lot like Steph,” McCaffery said. “And what I meant was that he has that quick trigger. Steph Curry pulls right in your face and that’s what Jordan does. And everybody’s like, he’s not like Steph. But he kind of is with those shots and his ability to make those shots look easy. And the great thing is we’ve got a group of guys that will get the ball to him.”

“I think it’s a pretty obvious comparison,” Tyler Cook said. “They shoot from their houses basically. They make big-time shots.”

“The way that he has the ability to shoot from deep range and pull up at any time,” Ryan Kriener said. “It doesn’t matter where the defender is.”

Bohannon is now shooting 41 percent from 3-point range after his performance against the Hoosiers on Friday.