Gary Dolphin was suspended on Friday after his comment about Maryland basketball's Bruno Fernando. 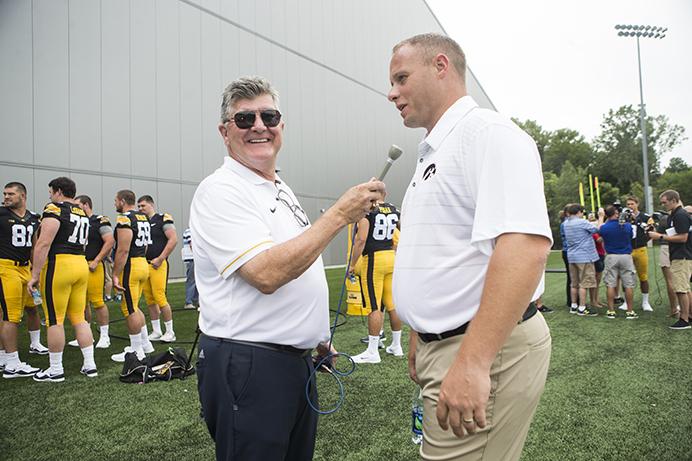 Iowa basketball play-by-play announcer Gary Dolphin has been suspended indefinitely for the remainder of the basketball season, Hawkeye Sports Properties announced on Friday.

In Iowa’s 66-65 loss against Maryland on Tuesday, Terrapin forward Bruno Fernando tipped in a missed shot to put his team ahead with 7 seconds left, and his play ended up being the game-winning bucket.

“Fernando was King Kong at the end of the game,” Dolphin said after Tuesday’s contest.

On Friday, Dolphin released a statement regarding his comments about Fernando.

“During a broadcast, I used a comparison when trying to describe a talented Maryland basketball player. In no way did I intend to offend nor disparage the player. I take full responsibility for my inappropriate word choice and offer a sincere apology to him and anyone else who was offended. I wish the Iowa Hawkeye players, coaches and fans all the very best as they head into the final stretch of the season. I will use this time as an opportunity to grow as a person and learn more about unconscious bias.”

According to a release, Jim Albracht and Bobby Hansen will serve as the radio broadcasters for the rest of the men’s basketball season.