The selection for the Judicial Nomination Commission could be modified by the Iowa Legislature. 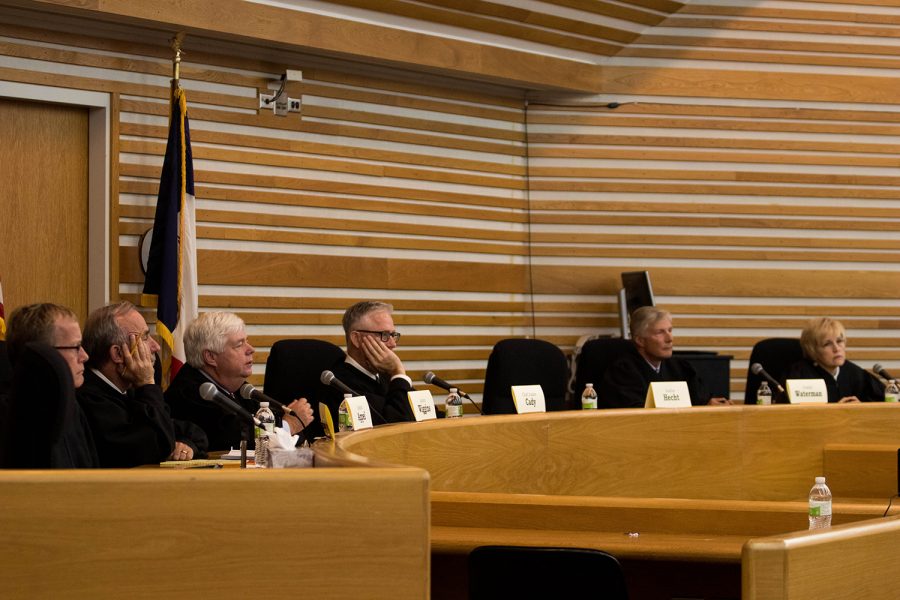 Bills moving through the Republican-controlled Iowa Legislature could change the way Iowa Supreme Court and appellate-court judges are selected, ultimately giving more power to lawmakers. HSB110  and SSB1101 which Republican legislators introduced, recently moved through the House and Senate Judiciary Committees; they both would give legislative leaders a larger role in selecting the state’s judges.

Currently, Iowa uses a merit selection process for its judicial system. Iowa attorneys vote on eight members of the Judicial Nominating Commission, and the governor appoints the eight others. A Supreme Court justice is the 17th member. The nominating commission then selects judge candidates before the governor decides whom to nominate.

Holt supports the bill because he said a large majority of the attorneys eligble to vote for the Judicial Nominating Commission opt out.

“I don’t think the fewer than 9 percent of attorneys who are submitting these votes are representative of Iowa,” he said. “I think that the voice of the people would be better served by their elected representatives.”

Any member of the bar association in Iowa receives notice on nominating judicial commissioners.

Jaimes: Is revamping the judicial process in Iowa just partisan politics? Not really

An amendment to the bill in the House Judiciary Committee Wednesday afternoon narrowed the proposed changes to the selection process. Rep. Jo Oldson, D-Des Moines, who reviewed the House bill in the Judiciary Committee on Wednesday afternoon, said the bill now proposes that the changes only apply to nominating Supreme Court justices and appellate-court judges, excluding district-court judge nominations, which was previously included in the change.

Similar amendments will soon be made to the Senate bill, Holt and Sen. Julian Garrett, R-Indianola, said.

Oldson said she is quite opposed to the proposed plan and has concerns with the court-selection process being further tied to politically elected leaders.

“I believe that change more than anything illustrates what the true intention of this bill is, which is to grab control of the state Supreme Court and appeals court,” Oldson said.

The bill would also impose term limits for the Iowa Supreme Court chief justice, Holt said. Chief justices currently serve in that role for entirety of their eight-year term. The changes would require re-election every two years.

University of Iowa political-science Associate Professor Timothy Hagle said the current process is commonly touted as nonpartisan. However, the process itself can be political in the sense that the governor already nominates eight of the 17 commissioners, and individuals in the commission can skew toward one-party majority, he said.

Garrett, the floor manager of the bill in the Senate, said he supports the changes in order to make the Supreme Court more representative of Iowans and to avoid judges who change constitutional definitions based on their personal opinions.

“I believe judges should be able to put aside their personal philosophies and personal point of views when they’re selected to be a judge and apply the Constitution as it was written and as it was intended by those who wrote it rather than changing the meaning,” he said.