Junior Hannah Burvill and sophomore Jayah Mathews qualified for final events in the second day of the women's swimming and diving conference championships. 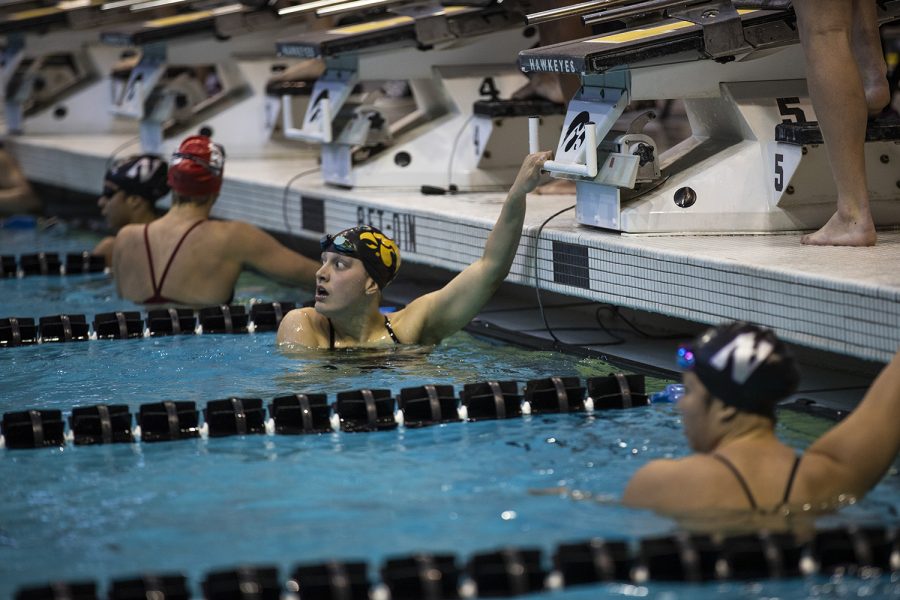 Iowa swimmer Hannah Burvill waits for the results of the race during the Northwestern/Wisconsin swim meet at the Campus Recreation and Wellness Center on Saturday, January 19, 2019. The men's swimming and diving team defeated the Badgers, 164-136, and the Wildcats, 194-106. The women's swimming and diving team fell to the Badgers, 191-109, and the Wildcats, 178-122.

Iowa women’s swimming and diving is feeling the pressure of tough competition after the second day of the Big Ten Championships.

The only two athletes for the Hawkeyes who qualified for the finals in the second day were junior Hannah Burvill and sophomore Jayah Mathews.

To wrap up the day of competition, a team of junior Hannah Burvill and sophomores Sage Ohlensehlen, Kelsey Drake, and Sarah Schemmel swam the 400-medley relay for the Hawkeyes. The Iowa women came into this event ranked No. 9 with a time of 3:41.01. With a finishing time of 3:39.21, the Hawkeye women remained in that ninth position.

After the second day of the competition at the Big Ten Championship, the Iowa women are currently sitting at the No. 9 spot in points with 162.5.