Sneed’s tour We Shall Overcome comes to Hancher to deliver a powerful message to audience. 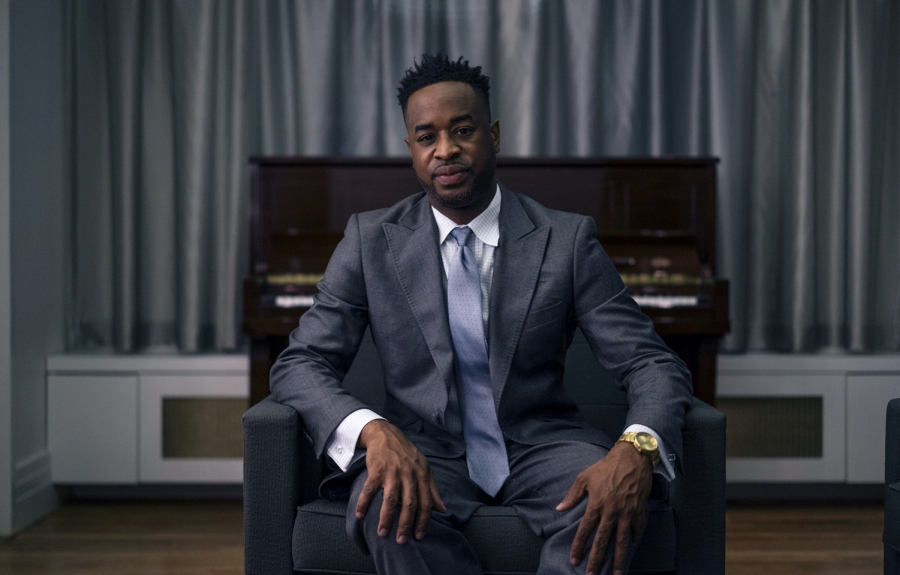 On April 4, 1968, Dr. Martin Luther King Jr. was 39 years old; early that evening, he was shot on the balcony of the Lorraine Motel in Memphis by an assassin. Nearly 51 years later, we still feel the legacy he left regarding his work in the Civil Rights Movement. We celebrate his legacy both on the third Monday each January and throughout February, which is Black History Month.

Musician and vocalist Damien Sneed will appear at Hancher today in his show “We Shall Overcome,” a tribute to King. Sneed will perform alongside six singers and three band members; the show will start at 7:30 p.m.

“It’s a tribute concert to the life and legacy of the Rev. Dr. Martin Luther King,” Sneed said. “It features songs of protest and reconciliation and songs of encouragement.”

Sneed said he was producing his tribute show in Harlem at a friend’s club when promoters asked if he’d like to take it on tour.

“Immediately after the performance, they walk up to me and ask me about taking this on tour,” he said. “I was very surprised. It’s like a dream come true.”

Sneed started the tour, his first one, at the beginning of January. The tour has stretched all the way from New York to Southern California, and now, he’ll stop in Iowa City.

Sneed will sing some original songs and some written by other musicians. He described the show as “diverse and broad.”

“There’s so much going on here in our country that the words of his speeches and his message is still very applicable,” he said. “The audience can come and expect to feel uplifted. There’s music for everybody, something for all ages.”

Sneed has performed with such stars as Diana Ross and Jessye Norman and has been featured on several television shows and on Broadway. He attended Howard University, in Washington, and graduated with a B.F.A. in piano performance. He received a master’s at NYU in music technology and scoring for multimedia. He is studying to receive a doctorate from USC in orchestral conducting.

“I’ve had a broad experience in many different genres and styles,” he said. “Howard University is a university where so many great African American performers and African American activists and writers attended. It was really a great resource for me.”

Sneed said he recognizes the importance in education — he is opening his own performing-art institutes this summer in Washington, New York, and his home state of Georgia.

“It’s very important to be aware of what others have sacrificed before us,” he said. “It’s impossible to move forward successfully into the future without being able to stand on the shoulders of those who have already paved the way for us in our past.”

Sneed said his performance has a tremendous effect on audiences.

“After each performance, all of us come off stage, and we greet each and every person in the audience, and it’s just overwhelming,” he said. “We don’t get to talk to them because the people are just crying and crying, and they want to hug us, and they’re telling us how the concert made them feel better. A couple people have told us that they were suicidal, and by attending the performance, they have a better outlook on life. It’s just really really amazing and really overwhelming.”