McComas: VA officials and Steve King have much in common

Government officials in Virginia have recently come under fire for racist photos in blackface. Complacency with this behavior is seen with voters in Steve King’s district 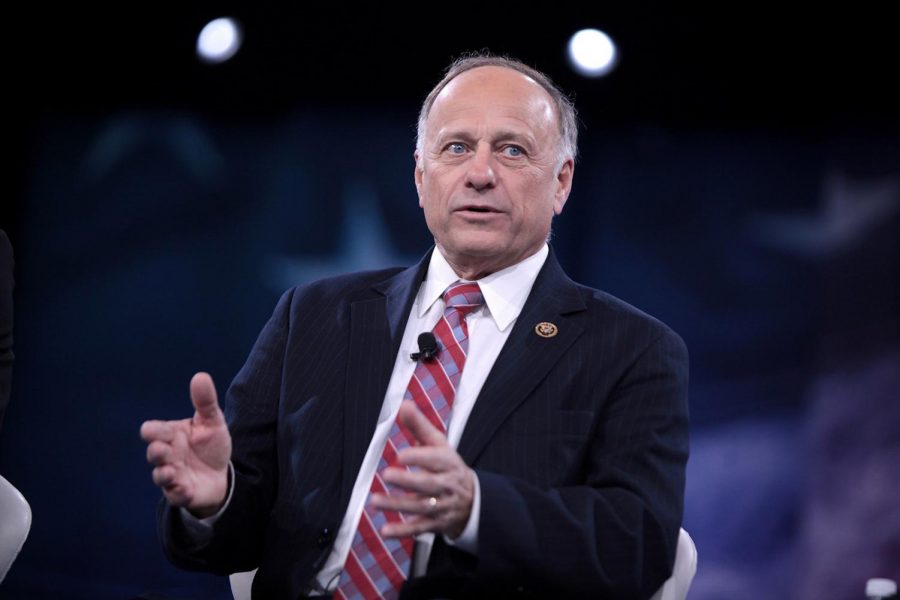 In a time of blackface and KKK-involvement allegations with prominent officials, where do Iowa politicians stand? Do the actions of Iowa voters affect other states around the country?

I’d like to say that a lack of finger-pointing does not equal acceptable behavior. A skeleton does not have to be dug up from the past to constitute resignation requests, especially in Iowa Rep. Steve King’s case.

In February, the country has seen government officials in Virginia be put on blast after old photos in blackface resurfaced. Virginia Gov. Ralph Northam and Virginia Attorney General Mark Herring both admitted to the racist acts and considered resigning after heavy criticism by colleagues, the Democratic Party, and the public.

Both Northam’s and Herring’s actions were undoubtedly offensive and wrong. Their presence in derogatory photos has rightfully generated a conversation about their worthiness for the government positions that they hold and whether their past actions merit resignation. The actions of Northam and Herring and the public reaction that followed bring up another dimension to this widespread, often hidden social pattern.

The recent Virginia fiasco can be translated to mean that photographic evidence must be provided for people to be exposed as racist and be questioned on their political eligibility.

The sad reality in today’s America is that it takes more than an officials’ own words and values to question their moral compass and their worthiness for public office. This results in a number of unfit public officials governing over Americans, unaware of the scope and magnitude their offensive language and rhetoric has caused. One of them happens to represent a quarter of our state.

RELATED: Rosario: Steve King is racist, but his supporters don’t think so

King has been democratically elected to U.S. Congress eight times. After 16 years of policy proposals, speeches, and comments that have left Iowans embarrassed, you would assume that King would have lost his seat in Congress by now.

Republicans have blocked King from all committee assignments, yet he refuses to step down. Northam and Herring have followed suit and maintain their positions in government, even with two weeks of the public begging them to resign.

A lot of the fault lies in King’s congressional district — these Iowans vote for a blatant racist, which is just as humiliating as uncovering an offensive photo from the past. Iowans’ protection of King’s seat has preserved white supremacy in the national House, which contradicts long-standing Iowa values. Disregarding the extensive record of King’s prejudice enables his congressional platform and allows his policy initiatives to spread across the country. Giving him such a platform empowers white-nationalist propaganda that is unrepresentative of the policy preferences across Iowa.

RELATED: Kumar: Steve King, your time is up

King’s status in office is an issue that Iowans need to be aware and cautious of at all times, not just in general and midterm elections. Election Day doesn’t have to be near and photos in blackface or next to men in KKK costumes don’t need to surface for Americans, and more importantly Iowans, to know that King shouldn’t be in Washington.

King is a political risk for Iowa and the United States, and he actively endangers our democracy. If voters even contemplate re-electing him, they should be aware of the example they set for the rest of the country.

Thankfully, local politicians have been stepping up to run against King in the 2020 election. Randy Feenstra has already announced his candidacy for King’s congressional seat.

Our current representative’s caustic nature has left us without a seat at the table. We don’t need any more sideshows or distractions, we need to start winning for Iowa’s families. https://t.co/Cq86ha0pYE