After 7 months on the air, local station seeks to expand

After starting off strong in the summer 2018, local non-commercial radio station KICI 105.3 seeks ways to gracefully navigate the challenges of local broadcasting. 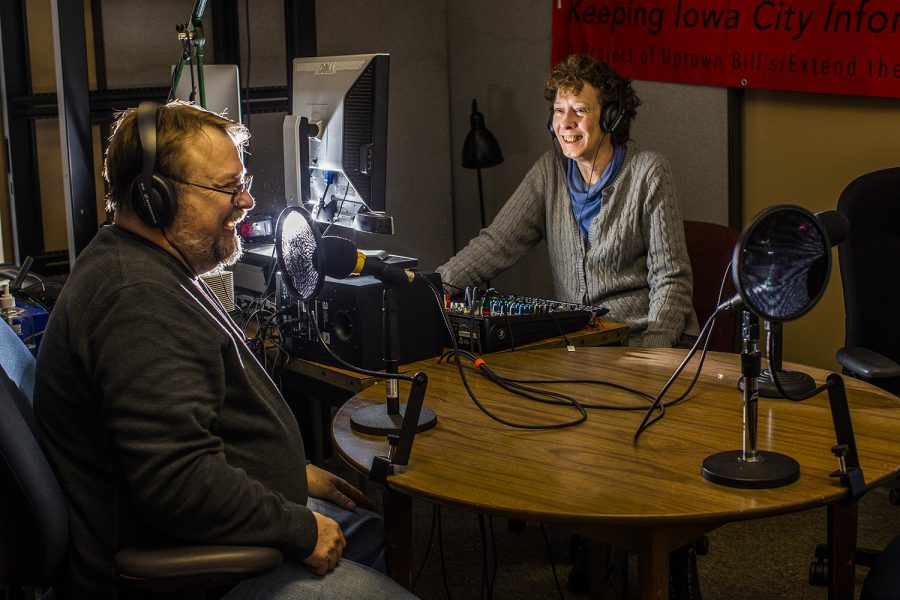 Starting at 6 a.m. each day, local listeners can tune in to the early morning sounds of KICI 105.3 FM radio waking up Iowa City with music — and all of it comes from a tiny one-room office tucked away in the shadow of its sponsor, Uptown Bill’s Coffee House, 730 S. Dubuque St.

The former Iowa Public Radio producer manages the station with a team of about a half-dozen volunteers, all working to bring Iowa City what they believe can’t be heard anywhere else. Hart said KICI’s journey to the air began in 2013, when the FCC opened a short window of time for people to bid on low-power FM frequencies.

“I happened to be talking to the executive director of the Extend the Dream Foundation,” Hart said. “It turned out he had a background in radio, was very interested, and so they agreed to sponsor us.”

RELATED: Riverside scares up some radio

While most of what the station airs is recorded, Jarvie said KICI offers a variety of talk programs both produced in-station and pulled from free public-media sources across the nation. Programs include “Reveal Weekly,” “Iowa Watch,” “Your Weekly Constitutional,” “Philosophy Talk,” “On Being,” and “American Parlor Songbook.” A full program schedule can be found on the website.

As for music, both Jarvie and Hart agreed the mix they play is fairly eclectic, ranging from rockabilly to indie and everything in between.

For two blocks of time each day, the station also focuses on playing local talent on the air.

“We include many artists, but we want to focus on current and former Iowans and particular musicians in and around Iowa City,” Jarvie said.

One of KICI’s most recent addition to its team, Dan Austin, joined six months ago, when Jarvie and Hart were just beginning to get the station off its feet. Operating on only three microphones, a borrowed codec device, and a handful of grants and donations, Austin said the station has had its fair share of challenges to overcome.

One of the challenges Austin noted includes the winter weather, which has knocked the station off the air for the past week. The station suspects a frozen radio tower or issues with the transmitter as the reason.

RELATED: Continuing an education in the arts, from design to radio

“Sometimes, things are just beyond your control,” he said. “And when it comes to weather, broadcasters know all too well that Mother Nature can have a mind of her own.”

Other than weather, Austin said, finding time for the station between family and other jobs is another challenge the small team faces.

“It’s really a collaborative effort to kind of pull it all together and make it work,” he said.

In the meantime, Hart believes there is still room to grow with new programs and improved technology. While she’s heard the argument “radio is dead” several times, she seeks to challenge people’s views with quality and authenticity.

“I think part of it is because when it’s live or you know someone live put it together, there’s a sense of a human being behind there and people like that; I think it’s important,” she said.