The UI legal clinic is holding a clinic to help convicted felons through the application process to restore their voting rights. 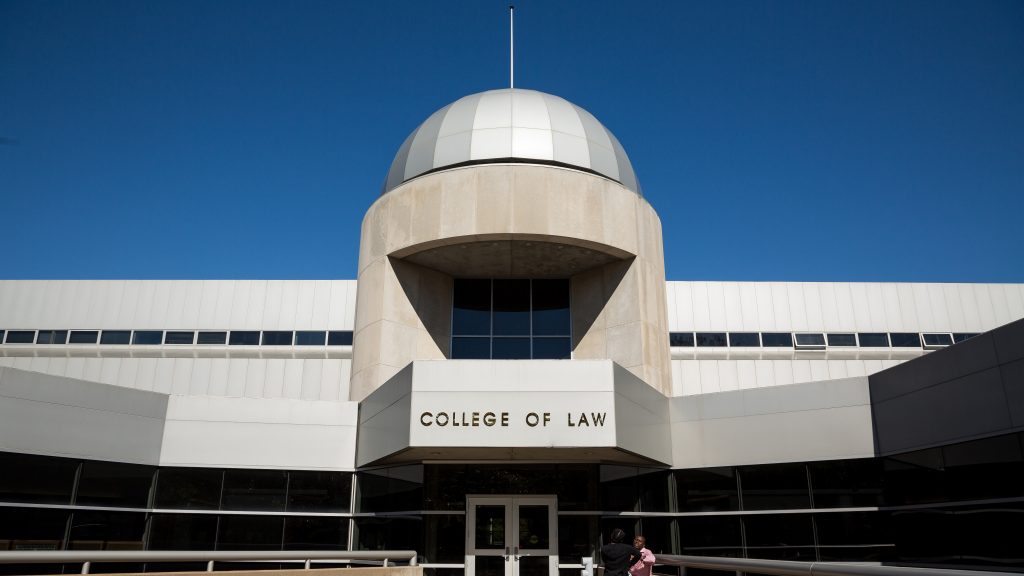 The University of Iowa College of Law's Boyd Law Building on Monday, Oct. 9, 2017. The College of Law is the number 20 ranked law school in the country.

As one of only two states in which felons are more or less permanently disenfranchised, those who seek to reinstate their voting rights in Iowa can face difficult application processes.

The University of Iowa College of Law’s legal clinic will host a voting-rights-restoration clinic to assist felons interested in restoring their voting rights.

The clinic, which will be held March 2, is being marketed primarily toward Johnson County residents interested in having their rights restored.

In Iowa and Kentucky, those interested in having their rights restored must petition the governor, which can involve a complicated application process. Felons who have completed their sentences, including probation, and those who are in good standing with any fines they may owe, are eligible to apply.

Kieran Rogers, a law student involved with the Voting Rights Restoration Clinic, said the Governor’s Office has looked into revisions to make the application process simpler to complete.

“A lot of people that do this, we want them to be able to do it without the assistance of a lawyer,” Rogers said. “I think having legal help makes it a lot easier in terms of having all the documents you need, but it’s not impossible to do on your own.”

Rogers said the Governor’s Office is working to ease the burden of providing information on the application.

Gov. Kim Reynolds has championed efforts to restore voting rights to felons through an amendment to the state Constitution. An Iowa House Judiciary subcommittee recommended passage of a bill to do just that on Feb. 4.

Data from the Sentencing Report estimates that in 2016, more than 50,000 Iowans were ineligible to vote because of felony convictions. Johnson County Auditor Travis Weipert said applying for reinstatement of voting rights can be more or less difficult depending on the current governor.

He said encouraging felons to seek enfranchisement is a priority for his office.

“Not only would I like to see as many people as possible apply for reinstatement, I would like to see the law changed all together so we don’t have to go through this process,” he said.

“The clinic that we had last semester was pretty popular,” Reimer said. “We’ve had around 15 people restored. There’s also a number of people who came to the clinic that, for one reason or another, they hadn’t completed their sentences; we couldn’t help them get their rights restored.”

Reimer said clients who had been unable to complete the applications on their own were able to have their rights restored with help from law students working in the clinic.

Following the recent federal criminal-justice reform bill, Weipert said, communities can still do more to support the reintegration of felons into society.

“If you did the crime, did the time, if you’re out here back in society working, one of the best ways to get back into the community is to allow them to vote,” he said. “Yes, they did the crime, but they served their sentence. If you’re working to be a better individual, let’s reward them for progress.”

Updated: An earlier version of this story said that the UI College of Law’s legal clinic was a part of Student Legal Services. The two are separate entities. The story also said the event was on March 3. The event is actually on March 2.