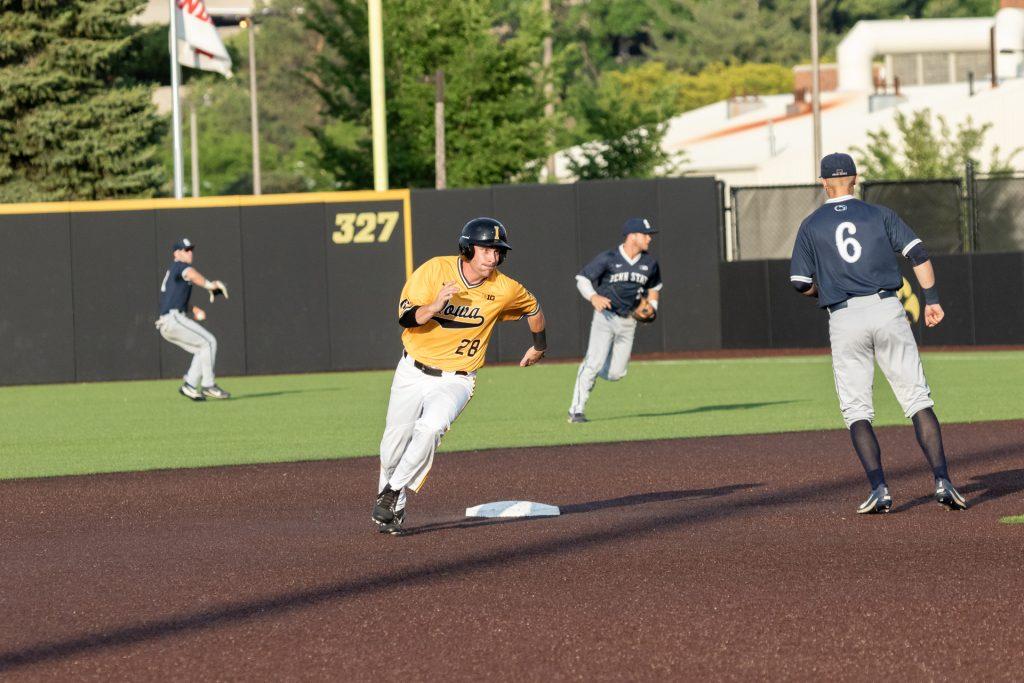 Iowa baseball is off to a hot start, going 2-1 in its first three games of the 2019 season. Thanks to dominant pitching and solid at-bats, the Hawkeyes have early season momentum heading into a four-game weekend in Hawaii.

Tanner Padgett, Ben Norman, and Chris Whelan are off to a hot start

Padgett, Norman, and Whelan each have a batting average of .400 or better through the first three games of the season, and each Hawkeye has at least one game in which he’s knocked 3 hits.

Padgett and Norman each went 3-for-4 in Iowa’s 10-1 win over Pittsburgh on Feb. 16. The following day against Marshall, Whelan notched 3 hits in his 4 at-bats.

Norman and Whelan have proven to be key contributors in Iowa’s offense over the past few seasons, but Padgett’s start is a nice addition to the Hawkeye lineup. The redshirt sophomore spent the past two seasons with Johnson County Community College (Kansas), receiving a medical redshirt last season. Padgett earned All-Region VI honors during his freshman season, in which he hit .382 and notched 16 home runs.

The trio is 12-for-30 so far this season with 9 RBIs — a main factor for Iowa’s 2-1 start and key contributors for a Hawkeye program with 30 hits in three games.

It’s early in the season, but Iowa might have ironed out its weekend pitching starters.

Cole McDonald had a solid outing in Iowa’s first game of the year despite the loss. He ran into trouble in the third, giving up 3 runs, but had pitched two scoreless innings previously. In his four innings, he struck out 4.

Jack Dreyer and Grant Judkins, though, had some of their best outings in a Hawkeye uniform.

Dreyer got the starting nod on Feb. 16, and he made the most of his time on the mound. The Johnston native struck out 10 batters and allowed just 2 hits in his 5.1 innings.

Judkins then stepped in on Sunday, capping off the weekend not only with a win but with the best pitching performance of the season.

The junior pitched six no-hit innings and, in the process, struck out 11.

Point being, all three pitchers — especially Dreyer and Judkins — looked sharp in their first live action of the season.

The relievers looked solid against Marshall

In the weekend finale against the Thundering Herd, Cam Baumann, Duncan Davitt, and Jason Foster took over for Judkins. The three combined to strike out 5 in the final three innings, and of the three, Davitt gave up the only hit of the game.

“The pitching staff, as a whole, did a great job,” head coach Rick Heller said in a release. “Baumann,  Davitt, and Foster did a super job out of the bullpen.”

Foster was one of the names Heller noted at Iowa’s media day as one Hawkeye who he could see stepping up in the go-to closer role. Foster, who transferred from Wright State during the offseason, held batters to a .236 average in his time in the program.