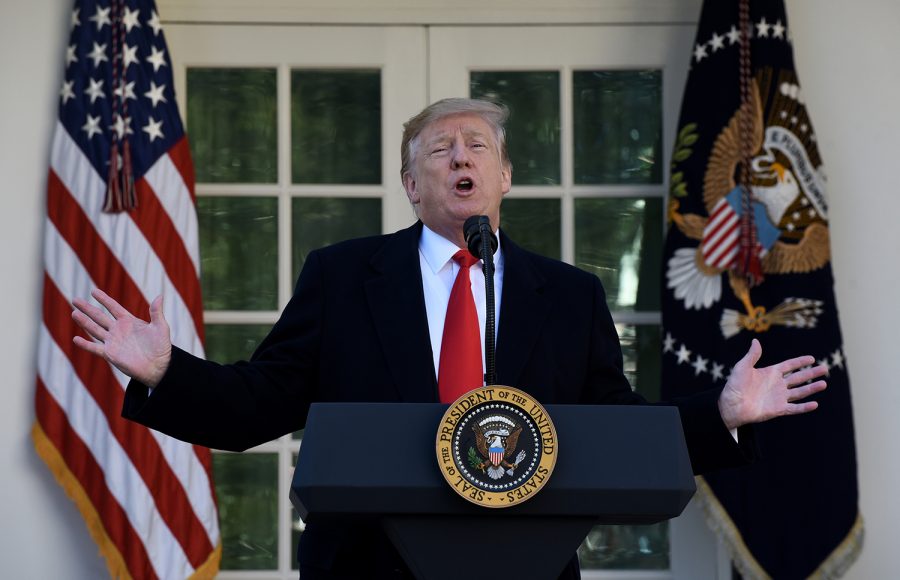 Iowa politicians reacted Thursday and Friday to President Trump’s national-emergency declaration to finance a wall along the U.S.-Mexico border on Friday.

The declaration came on the heels of both chambers of Congress passing an appropriations bill that would have offered less than half of the funding President Trump requested from Congress to fund his signature campaign promise.

“As I’ve said many times, I have concerns about the precedent that could be set with the use of emergency action to re-appropriate funds. Accordingly, I will study the President’s declaration closely. The Constitution grants Congress the authority to appropriate federal dollars, so I’m sure such action will be litigated in the courts. What’s clear, however, is that the president takes the situation at our border seriously and that Democrats do not. It defies reason that Democrats are so committed to an open borders agenda,” Grassley said.

One of two new Iowa congresswomen, Rep. Abby Finkenauer, D-Iowa, said in a statement Thursday night that while she was glad Congress was able to avoid another government shutdown — temporary funding was scheduled to run out Friday night — she was concerned funding for the wall could take away funding from other essential areas.

“The potential declaration of a national emergency is concerning and could take essential money from critical projects like the Cedar Rapids flood wall. That federal commitment, made to the people of Eastern Iowa, should not be up for debate,” Finkenauer said Thursday before Trump made his emergency declaration on Friday.

“I have been asking the President to declare a National Emergency to address border security for months, and I support his doing so today,” King said in a prepared statement.

According to Politico, Trump’s decision to declare a national emergency to fund a border wall drew surprise from some GOP Republicans, including Grassley.

Grassley: “I wish he wouldn’t have done it”

Blunt: “I have some concerns”

Congress passed a budget bill Thursday to avert a second shutdown, sending the legislation on to Trump, who is expected to sign it. Iowa politicians on both sides of the aisle praised the compromise, but several expressed the deal left out key proposals.

The bill provides $1.375 million for 55 miles of fencing along the southern border between the U.S. and Mexico. The funding falls short of Trump’s initial $5.7 billion request to build a wall along the length of the border, an ask that spurred the 35-day government shutdown.

Sen. Joni Ernst, R-Iowa, said she was happy that Democrats and Republicans could pass an appropriations bill, but criticized that the bill doesn’t extend the Violence Against Women Act.

“At the end of the day, this legislation is a key starting point that will allow the president to move forward on desperately needed border security efforts,” she said.

Negotiating in good faith and working towards a compromise means both sides get things they want and things they don’t. There’s a lot of good in this compromise legislation, but there are also parts that fall short.