A years-long dispute between Iowa football head coach Kirk Ferentz and his neighbors has yet to be decided by a judge. 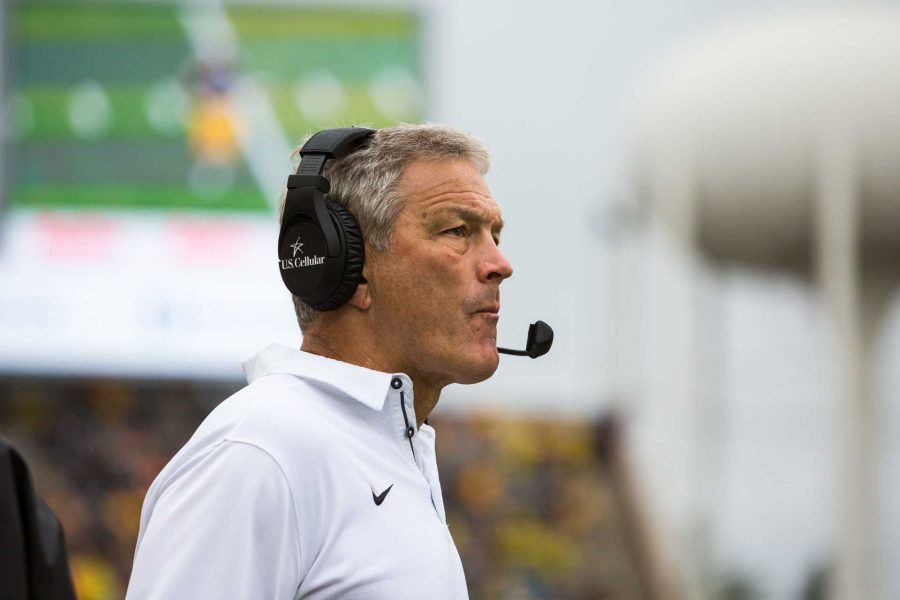 A judge has yet to rule on a civil case of the ongoing feud with Iowa football head coach Kirk Ferentz and his neighbors.

The trial began on Tuesday and concluded on Wednesday, according to news reports. Ferentz and his wife attended both days of the trial.

The Gazette reported that attorneys have until March 15 to file post-trial documents, and then Sixth District Court Judge Chad Kepros has 60 days to rule.

The Ferentzes and their neighbors reached a settlement last year, The Daily Iowan previously reported, but the parties returned to court this week after that settlement fell apart.

Ferentz, the state’s highest-paid public employee with a salary of more than $5 million in fiscal 2018, reported to a judge in 2017 that he and his neighbors had reached a settlement about paying their share for neighborhood repairs, but that the agreement fell apart.

As previously reported by The Daily Iowan, the trial stemmed from a disagreement about changes to the neighborhood between the Ferentzes and their neighbors.

The civil case against the Ferentzes was first filed in 2017, but the dispute between the neighbors stretches back to 2001, when Ferentz first began his coaching career at the UI and bought a plot of land in the neighborhood.

John and Ann Marie Buatti, neighbors of the Ferentz family, decided to subdevelop 20 acres of their property, a decision that the Ferentzes opposed.

John Buatti is a professor and the chair of the radiation-technology department at the UI Carver College of Medicine.

The Buattis also wished to resurface and lengthen a gravel road to give their children more space on which to ride their bikes. The Ferentzes objected mainly because of privacy concerns, and according to John Buatti’s deposition, Mary Ferentz told him, “You don’t understand who I am” to back up her opposition to the changes.

To settle the initial land-use dispute, neighbors, including the Ferentzes, formed an agreement in 2001 to create a homeowners’ association, which was intended to establish guidelines for splitting road-maintenance costs.

Developer Gary Watts moved in after the Buattis subdivided their property, and Watts later paid to change the road surface to chip and seal in 2003 despite Mary Ferentz’s opposition.

Neighbors were also concerned with some of the landscaping around the Ferentzes’ home, alleging the shrubbery violated neighborhood agreements.

Sixth District Court Judge Kevin McKeever determined in September 2017 that the Ferentzes were required to join an association under the initial 2001 agreement, but not the Saddle Club Road Homeowners’ Association because it was structured differently from the association discussed in 2001.