Graduate Iowa City gifted the UI $50,000 and offered up their facilities in a partnership that will increase late-night programming available to students. 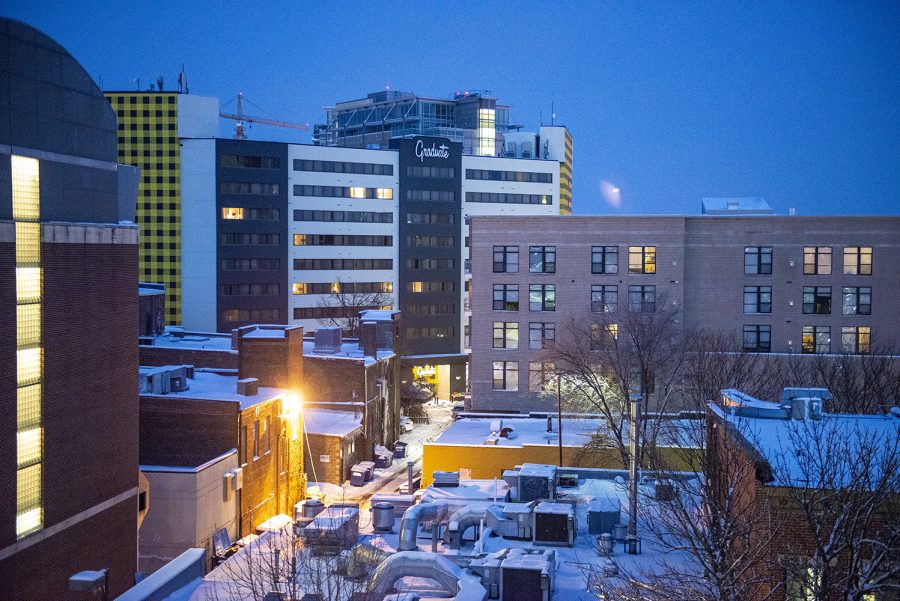 As the University of Iowa continues efforts to reduce high-risk alcohol use among students, the Graduate Iowa City on Monday contributed $50,000 to the university for late-night programming — a boost that will fund alternatives to drinking for those seeking nighttime entertainment.

In an effort to take advantage of its proximity to the UI campus and to engage in community with the students, general manager Jose Machuca said the Graduate decided with the university to fund and facilitate the establishment of after-hour activities for students.

“We want to help with the student community in creating those types of activities that promote a safe place,” Machuca said. “Just to create activities that gives them something else to look to after they study.”

Machuca said that Poindexter, the hotel’s public coffee shop, is meant to do just that: help students study and do homework. Now, some of the late-night programming the university wants to do might lead to the creation of a poetry or comic night.

“In anything that’s related to the students, we have such a great facility here,” Machuca said. “Some of the programming the university wants to do is any activity that interacts with the students.”

To achieve the latter, Machuca said the Graduate will offer monetary support to help kick off the after-hours programs, and the UI will separate the money into different types of programming to use as it sees fit.

“We will support them in development,” Machuca said. “And we can provide the facility as a space for them to create.”

As the largest lodging institution in Iowa City, and one of many links in the chain of Graduate hotels nationwide, Machuca said, its agreement with the university is a plan officials hope to continue and develop through the year.

Machuca said allocating the money toward late-night programming was a recommendation from the university, because students are so busy during the day, finish studying in the early evening, and go out looking for things to do after dark.

“Late-night programming is one of the many strategies we use in our UI harm-reduction efforts, because it provides engaging, safe, and healthy options for our students,” said Tanya Villhauer the director of student well-being and harm reduction.

She said UI officials are excited about the opportunity to collaborate with Graduate Iowa City, and officials of both hope it will lead to a strengthened campus-community partnership and a vibrant, healthy environment for all residents.

Nellie Link, the associate director of campus programs and student activities for the Center for Student Involvement & Leadership, agreed, noting that the after-hours activities will be planned and facilitated by UI students, supporting the goals of the university, the Graduate, and the Downtown District.