Neal: What exactly does ICE do?

A deeper look into Immigration Customs Enforcement sheds light to other aspects of the still-deeply flawed agency. 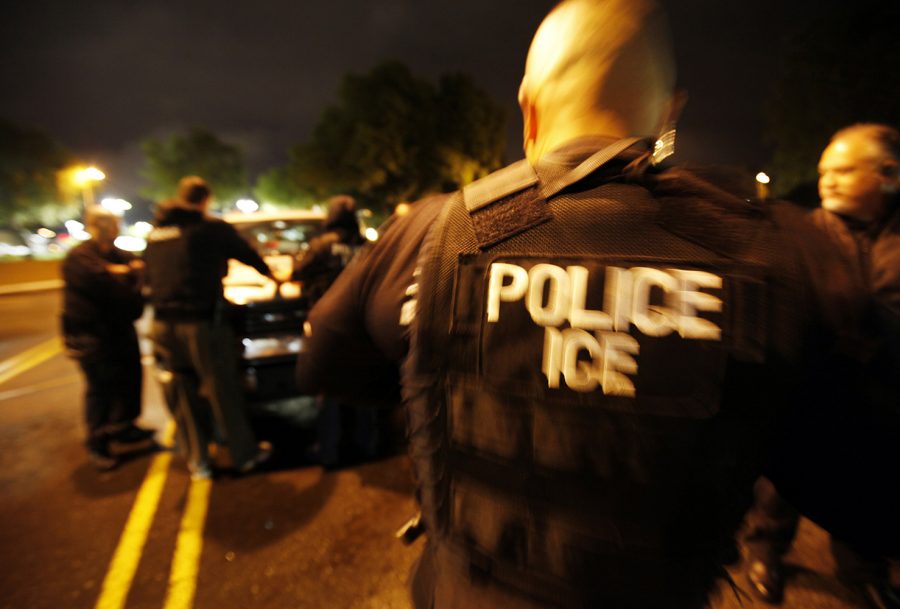 Last week, it was reported that rapper 21 Savage was captured by Immigration & Customs Enforcement and now faces deportation back to his birthplace, the United Kingdom. Undoubtedly, this has caught the attention of many people: It ignited outrage, encouraging people to make fun of the situation by creating memes and sparking the hashtag trend of #free21savage.

In a situation that hits closer to home, just an hour drive away from Iowa City, ICE raided a Mount Pleasant factory, arresting 32 workers in May 2018. Even though these situations are distinct from one another, both evoked negative feelings in people because of preconceived situations covered by media consisting of ICE providing false warrants and separating families.

Honestly, until now, taking part in research on immigration was a step that I never took to fully understand what ICE does. With talks of ICE in the recent State of the Union Address and the news of the arrest of 21 Savage, it was time to take a deeper look at the agency. After further research on ICE, I discovered it actually does more than deport undocumented immigrants, which unfortunately remains a large basis of the organization.

ICE has many important roles when it comes to protecting the country. The agency takes part in protecting the U.S. against cyber-crimes, child pornography, as well as documenting fraud. Despite all of the other work that is done, the bulk of what it handles does involve immigration.

The departments of the Office of International Affairs and Enforcement and Removal are the sectors that people who are pro-immigration tend to have negative feelings toward. These sectors of the department have the main responsibility of detaining undocumented immigrants.  Whether one supports the immigration policies currently enacted or not, ICE maintains to have an important role in the safety of this country, but it also works toward tearing this country apart and serves as a Band-Aid on a broken bone.

Illegal immigration from Mexico is a self-fabricated issue. Theodore Roosevelt in 1904 instilled an “international police power.” The U.S. military has consistently interfered with Central America over the span of a decade and has corrupted the landscape, sucking it of its resources, resulting in funneling power into drug-cartels and amplifying the dangerous environment that plagues Central America. While some think undocumented immigrants interfere with the sovereignty of America, we have interfered with the authority of other countries as well.

ICE plays a role in some parts of the security of the United States, but just like anything political, there are extremely controversial components that do not align morally with many people. No matter how one feels about the immigration of undocumented immigrants, one must acknowledge the determinant that the United States has caused in Central America and recognize that we are being hypocritical in our treatment of the people.

For students who wish to know their rights when it comes to immigration, please visit the website for the National Immigration Law Center at nilc.org.