Helton: 20 Out of 20: What an independent run from a coffee billionaire means for the 2020 election

Can the former Starbucks CEO make a substantial impact? 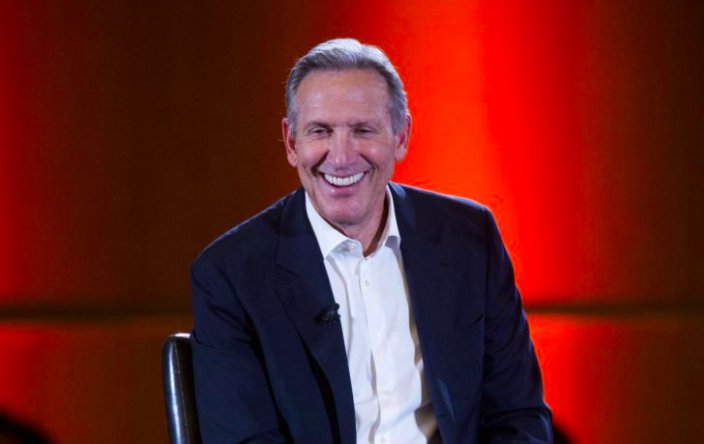 Howard Schultz, former CEO and Chairman of Starbucks, discusses his life, his possible presidential plans and his new book, 'From the Ground Up: A Journey to Reimagine the Promise of America' at Arizona State University. (Brian Cahn/ZUMA Wire/TNS)

Trump is terrible, Democrats are delusional, and everyone is extreme. That’s the state of American politics, according to Howard Schultz, anyway. The former chairman and CEO of Starbucks, tired of radical hardliners and divisive government, announced last month that he’s exploring a presidential bid.

But he’s not running for the Democratic nomination as a moderate alternative to Medicare for All and the Green New Deal. And he’s not running as a Never Trump Republican, either. The coffee tycoon is rejecting the big brands in politics, striking out on his own with an independent candidacy.

Schultz’s platform claims to be socially liberal and fiscally conservative to appeal to middle-of-the-road voters. Will that message get his campaign off the ground? Will moderate America vote for him? Will he beat the odds and win the presidency? Let’s take a closer look.

Schultz hasn’t officially announced his candidacy for president quite yet. He’s still “exploring” a run, but with all the media attention and interviews, it seems unlikely he’ll back down now.

That hasn’t stopped any of the anti-Schultz crowd from trying to stop him. Democrats who feel confident that they can unseat President Trump look askance at Schultz, who threatens to siphon votes away from the party’s more centrist members. They point out that Schultz’s tweets are often ratioed as evidence that Schultz isn’t popular enough to mount a worthwhile campaign. Regardless of the backlash, the majority of the media coverage of Schultz has been what could be described as intrigued or even excited.

I could write ad nauseam about how rich people have too much influence over politics and how a businessman has no business being president. Yet here I am, writing about the coffee guy’s efforts to become the most powerful person in the world. Let’s just say he’s running and move on.

RELATED: Helton: 20 Out of 20: Iowa is getting crowded fast. Can Kamala Harris stand out?
Will he matter?

This is normally the segment of 20 Out of 20 where I ask “Are they going to be nominated?” but Schultz is bypassing the primary elections and rendering that question meaningless. His challenge isn’t to win over the base of one side but to engage voters who feel alienated by both of the polarizing parties.

If Schultz wants to have an impact on the election and force the two major candidates to moderate their stances, he can look to Ross Perot for inspiration. Perot, another wealthy businessman fed up with both parties, ran for president in 1992 and 1996, winning 19 and 8 percent of the vote, respectively.

Could he beat Donald Trump (and the Democrat)?

Here’s where the fantasy of the independent president breaks down. The U.S. government is a two-party system, and it isn’t going to change. The infrastructure of our elections simply doesn’t allow for a viable third option. With nearly every state being winner-take-all and with no proportional representation in Congress, third parties are mostly dead on arrival.

In 2016, Hillary Clinton and Trump were the two least popular presidential candidates in history. If there was ever an election for a moderate to emerge — perhaps one who was socially liberal and fiscally conservative — that was it. Libertarian candidate Gary Johnson seemed like the perfect man for the job. He even served two terms as the governor of New Mexico. Election Day came and went, and Johnson finished with just over 3 percent of the popular vote.

Schultz may see himself as the next Perot. I see him as the next Johnson. But no matter who Schultz is, he’s not the next president of the United States.