The University of Iowa has announced the official transition to Top Hat, a 'clicker' technology that allows professors to take attendance and gauge automatic academic statistics in large lectures. 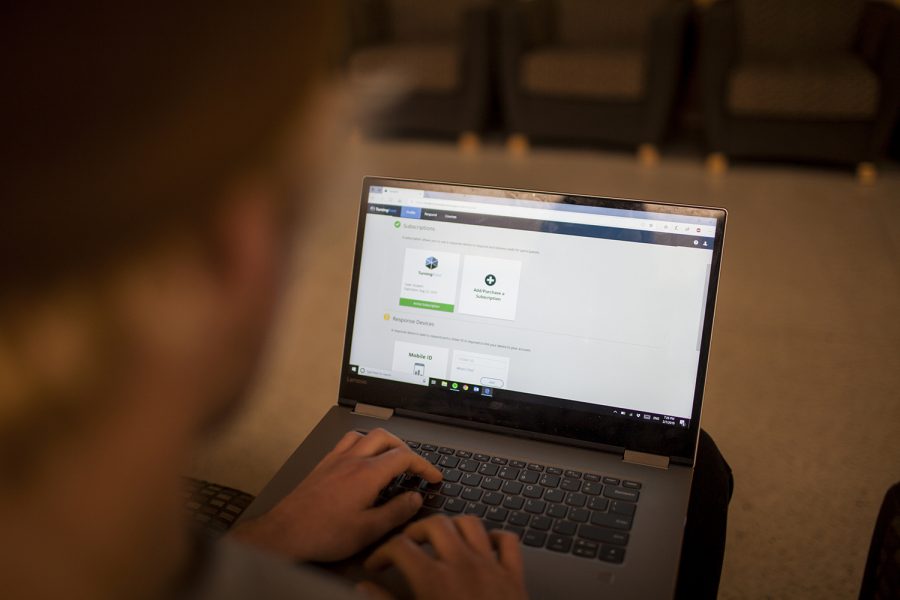 Lecture halls will see a significant change in how professors engage with their students and measure attendance in the upcoming semester.

Starting in the summer, the University of Iowa will fully transition to Top Hat, a student-response software system known as “clickers” that allows students to interact with their professors in lectures at the touch of a button on their phone, laptop, or other device.

Clickers allow professors to take attendance and collect immediate analytical data about their students’ performance in class. According to Annette Beck, director of Enterprise Instructional Technology, the UI is transitioning from the previously used clicker software, TurningPoint.

“We feel like moving to Top Hat is a positive move for both instructors and students,” Beck said in an email to The Daily Iowan. “It is a much more robust and easier-to-use system, which we think will save instructors time both inside and outside the classroom.”

Following a successful pilot program in which some teachers used the new service, full migration to Top Hat is underway, Beck said. The project is backed by support from the UI Student Government, the Academic Technology Advisory Council, and the Information Technology Advisory Committee.

Tristan Schmidt, a member of the UISG Academic Affairs committee, met with Beck in the fall of 2018 to discuss issues with TurningPoint and voice student concerns about the old system.

RELATED: ‘Clicking’ in to fun education at the UI

Top Hat emerged as the solution, equipped with full integration with ICON that will sync students’ grades and class rosters, a dedicated technology-support team through the company, and a multitude of interactive ways professors can engage with their students.

“Instructors get a fuller, wider range of options they can use in the classroom,” Schmidt said.

One of the UISG’s biggest concerns with the switch, Schmidt said, was the cost of the new software. Students who have purchased a Turning Technologies subscription will need to buy another subscription if they take a course that uses Top Hat next semester.

Top Hat could cost around $50 for a four-year subscription, according to UISG Academic Affairs Committee Chair Guowei Qi. However, after ITS addressed some issues with the company, students who have already purchased a TurningPoint Clicker license will qualify for a $20 rebate next semester. Some classes are being given a free trial while the UI begins the transition.

“We were able to work out some great deals with the company and make it cost a little bit less for students,” Qi said.

Starting this month, Top Hat will provide one-on-one training sessions for faculty who wish to continue using clicker technology in their classrooms, Beck said. For Qi, the transition means increased involvement in the classroom.