What the Lego Movie franchise completed is a feat not to be overlooked, and one that movies like The Emoji Movie flopped at. 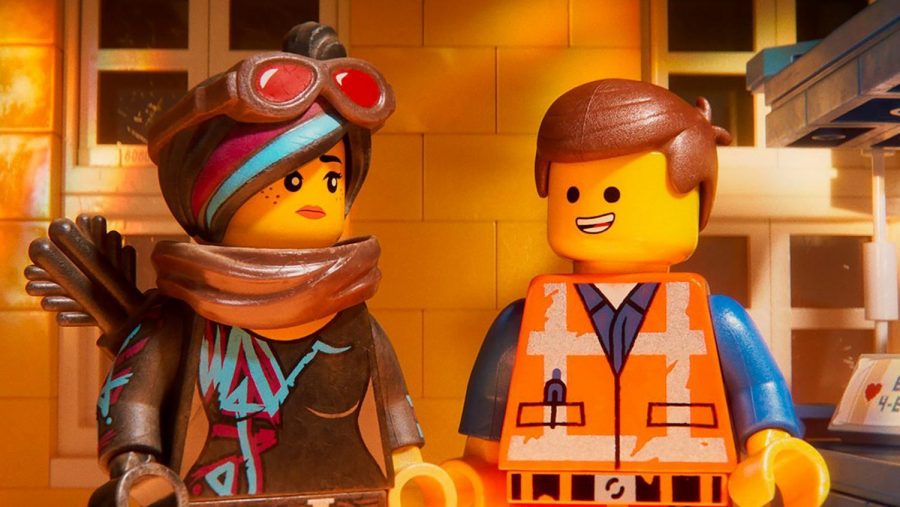 Bricks are everywhere. Like a hurricane has just swept through, sucked up every single tiny piece of colorful plastic, and shot them back out like a volcano, dangerous instruments of torture take up almost every square inch of walkable space. Just one misstep, and your foot will swell up in agonizing pain. This is the bedroom floor of any fourth-grader obsessed with Legos.

This past weekend saw the release of The Lego Movie 2: The Second Part. The original Lego Movie struck audiences with its originality and humor in 2014 and spawned two spinoffs in the form of The Lego Batman Movie and The Lego Ninjago Movie.

Despite being a nearly two-hour commercial for Legos, the film delivered a quality story and a solid 84 percent Rotten Tomatoes score — the original scored 95 percent.

The Lego Movie 2 began right where the original movie left us. Aliens from the planet DUPLO have just landed in Bricksburg, which, after their invasion, becomes Apocalypseburg. Years later, another mysterious alien shows up and kidnaps all of Emmet’s friends, sending the gang through another well-crafted adventure.

While the magic of 2014’s Lego Movie was going to be hard to recapture, Warner Animation Group delivered a formidable sequel. Lego Movie 2, of course, was an entertaining film on its own, but it also expanded the world that The Lego Movie built up, and allowed the characters to develop in new and compelling ways. Just as with the original, Lego Movie 2 was fast-paced and filled with quick, witty humor. There were so many rapid-fire jokes that if you spaced out for just a second, you’d miss them. It is definitely a movie worth watching twice, in order to pick up on all the clever Easter eggs, references, and gags.

However, the slower, more emotional scenes toward the end were the heart of the film. It introduced complex themes revolving around being yourself, growing up and maturing, and sibling love. It spoke on social issues that are relevant to all ages. The messages were clear, but it still operated with the subtly of most other quality films.

The Lego movie franchise has seemingly mastered the art of disguising commercials as feature-length films, layering products smoothly into plot lines. This, of course, is a feat that can backfire immensely.

2017’s The Emoji Movie, an advert for both smartphones and the Just Dance app, was a complete insult to animated children’s movies. Emoji Movie centered on a “Meh” emoji and his journey to become more than just “meh.” It had a similar message to the Lego movie franchise but forgot the coherent plot, interesting characters, and subtle brilliance of Lego Movie 2.

To be blunt, Emoji Movie was unoriginal, awkward, and boring. The jokes sounded as if they had been written by a team of old bearded men all hunched around business meeting-style, trying to decipher “modern internet lingo.”

That Patrick Stewart literally played “Poop” just shows how impressively disastrous this movie had to be.

In comparison, Lego Movie 2 is more than just a commercial (although The Guardian reported in 2015 that sales for the company jumped 13 percent following the release of the film). It is full of meta-humor that is aware of how bizarre a concept of a toy-based movie is and works as an entertaining film.