After months of negotiation, COGS membership voted in favor of the Board of Regents most recent contract proposal. 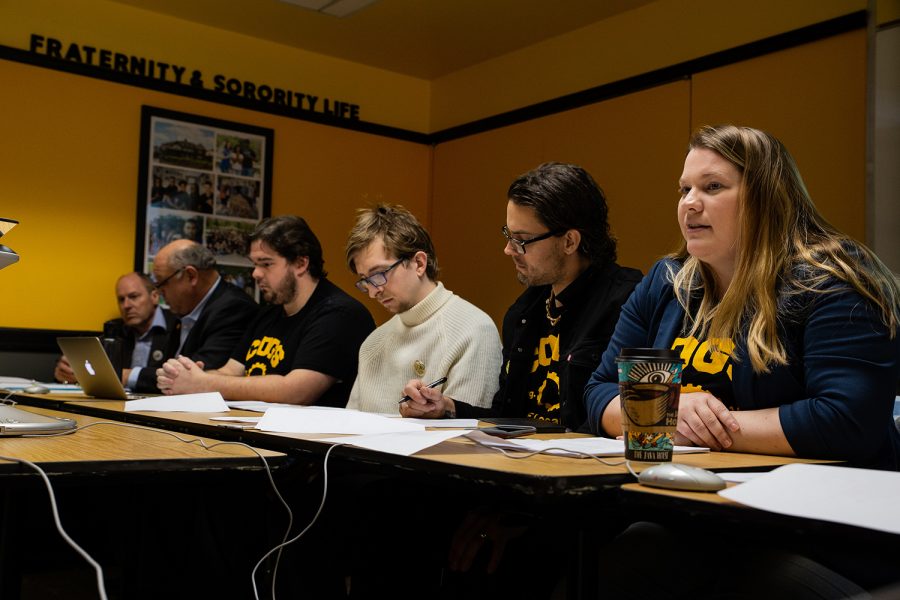 The University of Iowa’s Campaign to Organize Graduate Students membership voted Tuesday night in favor of the state Board of Regents’ negotiated contract, which includes an annual 2.1 percent pay increase and the reinstatement of two articles.

COGS kicked off contract negotiations at a public forum in the fall of 2018, and the regents countered two weeks later. A private meeting followed and resulted in the contract, on which COGS leaders require input on from active members. Ninety-four percent voted in favor of the proposal.

“We are glad we were able to come to a voluntary agreement with COGS,” regent spokesman Josh Lehman said.

COGS members sat across from the regents in November 2018 with a contract proposal that asked for an annual 5 percent pay raise and the restoration of approximately 20 articles to the bargaining table.

According to COGS Bargaining Committee member John Jepsen, the regents’ original counterproposal allowed for a 1 percent pay increase and the restoration of no articles.

Jepsen said that, in response, the union offered the regents a contract with either a 4 percent pay raise and the restoration of all permissive topics, or just a few of the latter in exchange for a 4.5 percent pay increase.

“They had some discussions and came back to us with the current proposal, which is the 2.1 percent pay raise year after year, including returning students, and some language from the permissives,” Jepsen said. “So, we didn’t get obviously everything we wanted.”

However, Jepsen said, COGS conceded and put the contract proposal up for a ratification vote by its membership, because members can only legally bargain with what the regents put on the table after a change to Iowa law in 2017 affecting collective-bargaining rights.

RELATED: COGS, Board of Regents kick off contract negotiations

“We knew our members would probably be happier with more money, and we could fight for permissive topics in the future,” Jepsen said. “We’re rank and file, so we wanted every member of the union to have the option to voice an opinion.”

Jepsen said now that the contract has been ratified, it will go into effect at the beginning of the next academic year.

COGS President Laura Szech said the contract is the best she feels the bargaining committee could get for the union, given that state law allows the regents to determine what can or cannot be negotiated.

“We came to this tentative agreement because we felt like it was the place where both parties had moved a little bit,” Szech said. “The [final] meeting was about three hours back and forth.”

Szech said the pay raise in the proposed contract will come out to a pretty significant raise of around $41 per month next year, and an agreement that the regents will return to equally installed paychecks during the summer will ensure workers don’t make less in July than in other months.

“It wasn’t what we asked for, but you know, it was a movement,” Szech said. “We wanted them to put all of our permissive topics back in, but we were able to get them to settle on a situation we’ve been dealing with in the past.”

In addition, she said, the latest contract provides that the raise is guaranteed to all union members, not just those making base wage.

COGS press and publicity officer Mark Lanning said the tentative agreement was sent to the members after leadership asked at a general meeting if ratification should be considered or if negotiations should continue.

“Members at the end of the day have control over the most important decisions of the union,” Lanning said. “Contracts are always ratified by them.”