Iowa recorded three records and 15 personal bests at the first indoor meets of the season on the road. 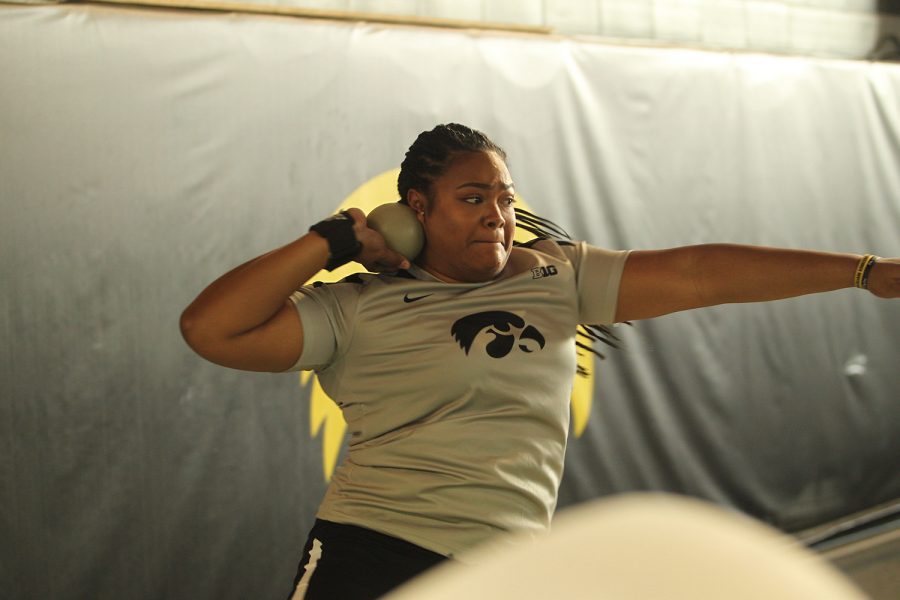 After the first day, the Hawkeyes broke three records as well as numerous personal bests.

“It was an unbelievable day,” Iowa Director of Track and Field Joey Woody said in a release. “When you look at what we did in the multi-events to start the day, they got the energy going.”

Laulauga Tausaga broke the school’s weight-throw record for the third time since the start of the season. Beating her previous mark of 20.67 meters, she tossed a 23.26 in the second round.

“You see what Laulauga did at the end of the day, it was impressive all around,” Woody said in a release.

On the first day of the weekend, the Hawkeyes set numerous personal bests, keeping the energy at a high level.

On the second day of competition, the Hawks set seven more personal bests.

Tausaga placed first in the shot put (16.25), and Britt placed second (16.16). At the end of the meet, Tausaga was named most valuable performer.

“Altogether, it was amazing to win the award, and I hope to take this week’s wins and transfer them to next week’s meet in Arkansas,” Tausaga said in a release.

The Hawkeyes will continue on the road as they head to Fayetteville for the Tyson Invitational and Ames for the Iowa State Classic on Feb. 8-9.