The New Jersey senator will make a stop in Iowa City Feb. 8, according to reports. 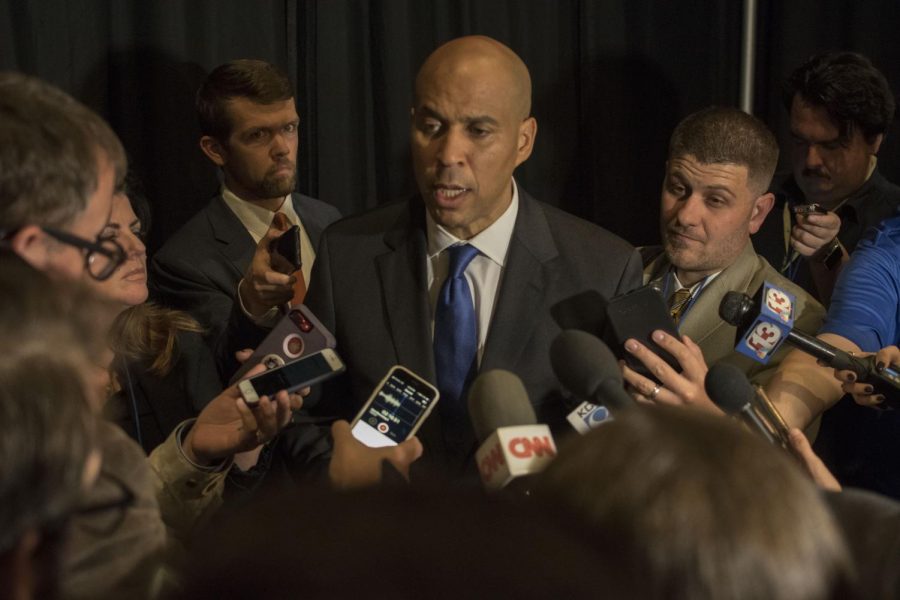 New Jersey Sen. Cory Booker talks with the media on Saturday, October 6, 2018. He was the key note speaker at this years Democratic Fall Gala.

Feb. 5 update: This article has been updated with exact times and locations of Cory Booker’s Iowa stops.

The Iowa tour follows his announcement that he will enter the crowded ring of Democrats vying for the party’s presidential nomination in 2020.

He will start on the morning of Feb. 8 in Mason City, make his way to Waterloo and Cedar Rapids, then end the day in Iowa City. On Feb. 9, the second day of his tour will include a meet-and-greet in Marshalltown and a community forum in Des Moines, according to event information posted on his campaign website.

Booker, who made national headlines during the Senate Judiciary Committee hearings on the nomination of now Supreme Court Justice Brett Kavanaugh, is no stranger to the Hawkeye State.

He made a stop in North Liberty and gave the keynote address at the 2018 Iowa Democratic Fall Gala in Des Moines in October.

He also showed his support and encouraged residents of Johnson County to vote for Royceann Porter in the fall county-supervisor special election through a 50-second video.