UI student dies overnight, cause of death believed to be weather-related

University of Iowa student Gerald Belz was found unresponsive on the campus by UI police on Wednesday. 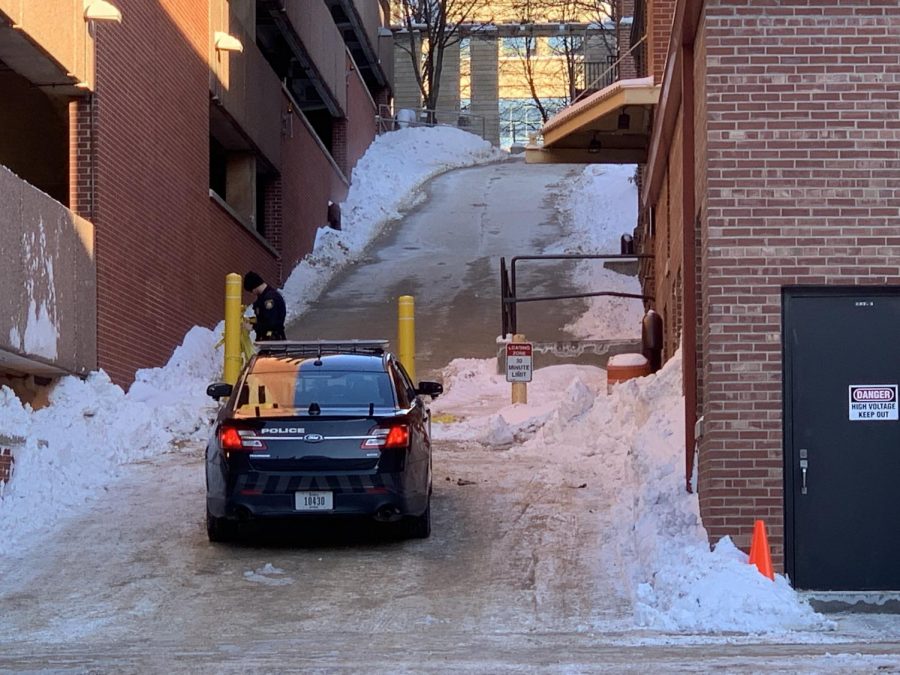 Police take down caution tape in the alleyway behind Halsey Hall on the UI campus, where Gerald Belz was found unresponsive early Wednesday morning.

A University of Iowa student died on Wednesday after being found outside on campus by police.

Belz was transported to the hospital where he later died. The investigation is still ongoing, but the cause of death is believed to be weather-related. No foul play is suspected.

Local weather reports stated the temperature around the time Belz was found was -23 degrees with a wind chill of around -50 degrees. On Monday, the UI announced the cancellation of classes starting on Tuesday at 5 p.m. through Thursday at 12 p.m.

Belz’ father Michael Belz told other media outlets that doctors have told him alcohol was not found in Gerald’s system at the time of his death. He also said Gerald was Snapchatting his girlfriend late Tuesday night, and in those messages told her he was going to bed.

Gerald Belz was a pre-medicine major in his second semester, but was considered a second-year student. He was a Burge Hall resident.

He was from Cedar Rapids and graduated from Kennedy High School where he played football. Kennedy’s principal Jason Kline released a statement on Twitter about Belz’ death.

“Prayers go out to all affected by this tragedy,” the statement read. “Rest in peace, Gerald.”

Kline said counselors will be available for Kennedy students when they return to school for any support they need.

The UI will also have embedded counselors available on Thursday from 6-8 p.m. in the Burge Private Dining Room, according to an email sent to UI students on Wednesday. University Counseling Services will also offer individual appointments and other resources for students.