A postdoctoral researcher at the UI has started a service for coffee delivery around campus. 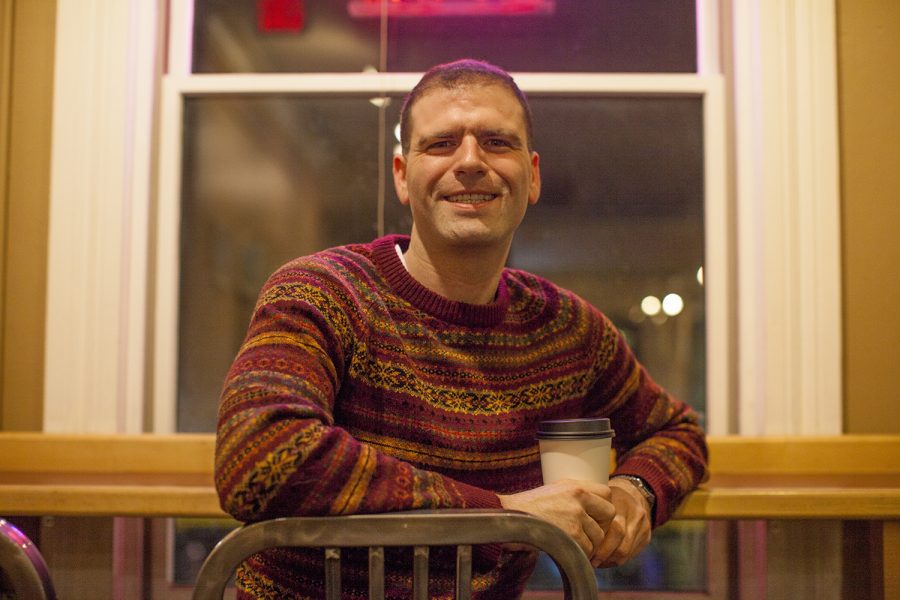 A University of Iowa researcher and former student has started a delivery service to bring coffee to students all over campus.

Michael Delcau graduated from the UI with a Ph.D. in chemical and biochemical engineering in the spring of 2018. He now works as a postdoctoral researcher at University of Iowa Hospitals & Clinics.

Delcau got the idea to start the company in December after seeing that other delivery services on campus did not offer coffee. He also wanted to focus his service on the UI campus and students.

“It was something that I saw kind of a lack of in the market,” he said. “My idea was basically to do coffee shops, but also, rather than serve the whole Iowa City area, it’s very campus-specific.”

Delcau launched a trial period of the service on Jan. 14, with hours from 8 p.m. to 11 p.m. on weekdays and 9 a.m. to 6 p.m. on weekends. He offers deliveries from Java House, Prairie Lights, High Ground, and Starbucks.

He hopes to expand his hours of operation soon, as well as add more options for coffee shops going forward.

“Right now, I’m kind of in a trial period where I’m just trying out a few coffee shops,” Delcau said.

His operation is somewhat small, with Delcau and two of his close friends doing the deliveries.

UI junior Victoria Black, an engineering student who is a friend of Delcau, helps him with deliveries. She said she had wanted a coffee-delivery service for a long time before Delcau suggested they start their own.

“This is something I had complained about for a while,” Black said. “I’m an engineering student, and there’s no cafe or anything in the engineering building.”

Black and Delcau said they haven’t done very many deliveries yet but hope for the service will gain popularity.

Delcau said he is looking into doing more marketing for Hawkeye Coffee to generate publicity.

Freshman and dedicated coffee drinker Laura Angulo said she hadn’t heard of Hawkeye Coffee, but she was excited to learn that a coffee-delivery service was available on campus.

“I’ve been wanting Starbucks to start delivering for a long time,” she said.

She usually drinks coffee three or four days a week, she said, but she usually doesn’t get drinks from coffee shops because of the price. However, she said a coffee-delivery service might encourage her to buy coffee more often.

“All the other places, like Grubhub and GoPuff and stuff, are making lots of money,” she said. “It’s a college campus. People are going to buy it.”