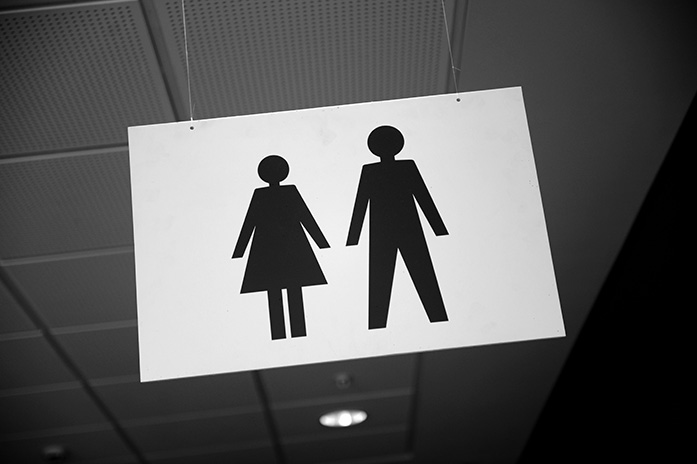 Opening on shots of men looking at a mirror, seemingly reflecting on who they are, Gillette’s short film “We Believe: The Best a Man Can Be” forces men to do just that: take a look at themselves, introspectively. This short ad is simply asking men to check their privilege in this world and to redefine their role as men, especially in the #MeToo era.

As expected, the commercial has spurred major outrage from people who viewed the stunt as a personal attack on their masculinity, with people in the YouTube comment section stating, “It’s OK to be man.”

Separating gender identification from biology is the first step to understanding the difference between “toxic masculinity” and “masculinity.” The thing is, it is OK to be a man, but to begin with, biologically being a man is distinct from being masculine.

RELATED: Shaw: Men, start talking about rape culture and how to end it

Part of being a “man” revolves around the idea of being masculine. However, it can be difficult to nail down the definition, meanings, and connotations of the word because of the reception of it across cultures and generations. Even throughout decades, the social constructions of men and women have fluctuated; how people perceive gender roles is solely based on our environment.

In Western society, for the most part, characteristics of masculinity tend to be perceived as aggression, assertiveness, strength, and emphasized power. Now, none of these are negative characteristics; however, when people use these traits selfishly or in a harmful manner, “toxic masculinity” forms.

One of the first scenes played out in the Gillette commercial displays a boy reacting to being bullied and finding comfort in his mother. Often, part of being a “man” and displaying masculinity is hiding these emotions that would categorize men as being weak. When anyone hides these emotions and internalizes them, it takes a toll on their emotional well-being, catalyzing future distress of one’s self-esteem.

Society has created this idealized version of a man and has compared it to a machine — an impenetrable being that does not need to partake in basic self-care, especially emotional self-care.

Approximately 30 seconds into the Gillette commercial, it cuts to a scene with two kids wrestling in the grass and (presumably) their fathers looking on with pride. This is then echoed with the line “boys will be boys.” Aggression is not a negative attribute, but accountability must also be taught alongside aggression. We live in a society that excuses impulsive behavior such as aggression toward another life. We have normalized it with other forms of aggression, invoking normalization of this behavior, removing the accountability of the aggressor.

Whether confronting “toxic masculinity” was an appropriate move by Gillette, it sparked dialogue and obliged everyone to question themselves and their actions. Hopefully, it forced men to become more aware of their role and privilege in society; encouraging them to use those  advantages to better, not only the lives of others, but their own.