A proposal for more psychiatric training at the UI has some psychiatrists hopeful that shortage of doctors will be addressed. 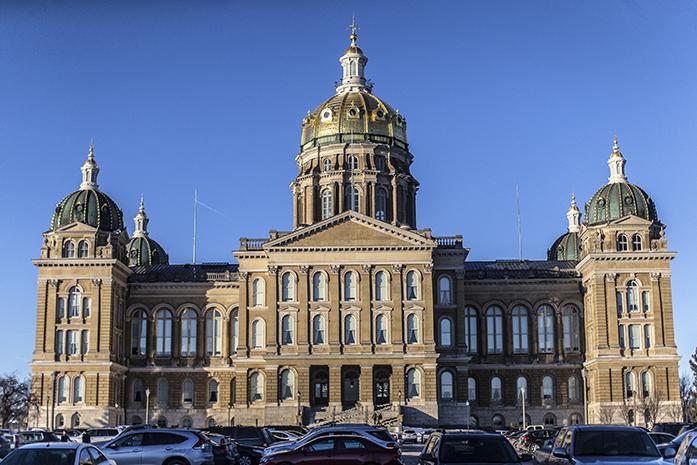 With 137,000 Iowans living with chronic and serious mental illness and approximately 220 practicing psychiatrists, Iowa psychiatrists hope a new proposal from Iowa’s governor will bring more psychiatric providers to the state.

Gov. Kim Reynolds, who announced this recommendation during her Condition of the State address last week, aims to make mental health a priority in the upcoming fiscal years with a recommended $550 million in fiscal 2020 and 2021 to fund an additional four spots in the University of Iowa Carver College of Medicine psychiatry-residency program for future psychiatrists looking to practice in rural areas.

“Our efforts aren’t over yet,” Reynolds said during her address. “But by working together, we will have the best adult mental-health system in the country.”

Chair of the UI Department of Psychiatry Peggy Nopoulos said she believes the recommendation is a good start to addressing the low number of practicing psychiatrists in the state, noting that recently many students who complete their residencies at the UI have stayed in the state.

“If they train in Iowa, they’re often likely to stay even if they come from another state,” Nopoulos said. “That’s why it’s great to have the training here.”

“Just making more psychiatrists is not sufficient to keeping psychiatrists in Iowa,” Whitters said. “Much of it is going to be a matter of increasing Medicare funding and finding ways to entice people to come to Iowa.”

The UI Carver College of Medicine has three options for psychiatry residencies: a general psychiatry program and two combined programs with family and internal medicine.

Each year, hundreds of medical-school graduates apply to the three psychiatric residency programs, but only 11 are selected, Nopoulos said.

Once in the program, psychiatry residents can focus on different areas that best suit their interest. The community psychiatry track, Nopoulos said, would be where the additional residents would go.

RELATED: ‘The future is now,’ Iowa Gov. Kim Reynolds says in her Condition of the State Address

“They would be people who in their training would be exposed to community organizations, community services that serve the mental health,” Nopoulos said. “All residents get that exposure, but the people in the community psychiatry track will likely be getting more of that exposure.”

With Reynolds’ proposal, the number of residents would increase to 15, creating a larger pool of psychiatrists.

Iowa sits at 47th in the nation for practicing psychiatrists per capita. With fewer doctors, many patients, particularly in rural areas, have to travel to other cities to receive care, said Peggy Huppert, the executive director of the National Alliance on Mental Illness Iowa. She noted that waiting times for referrals in Polk County can be up to three months and in rural areas, the wait can be up to six months.

“When you’re in crisis, that’s not what you need to hear,” Huppert said.

Whitters said the barrier to accessing mental-health care can have harmful effects for Iowans seeking help.

“Without the appropriate number of mental health providers, the suicide rate will continue to increase, and people will not be functioning to their capacity or will be inappropriately treated, and by the time they do see a psychiatrist, it actually maybe too late or more difficult to treat ,” Whitters said.

Nopoulos said another factor affecting access to mental-health care is the negative stigma around mental illness, noting she believes it has made mental health a lower priority and affects all parts of care.

“Stigma still just kind of hangs over our field like a cloud; it kind of touches everything,” Nopoulos said.