The Hawkeye swimming and diving teams took on Wisconsin and Northwestern over the weekend for Iowa’s Senior Day. 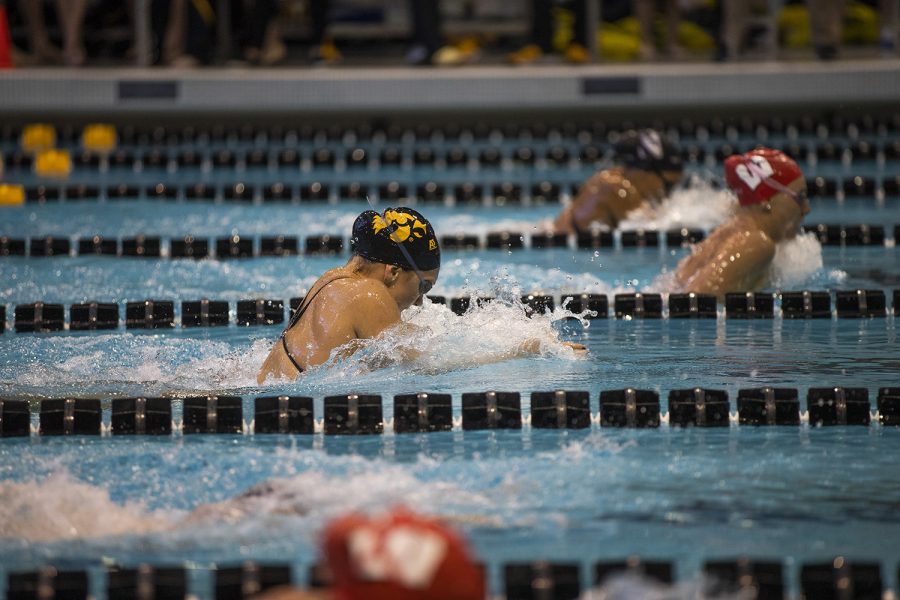 The Hawkeye men’s and women’s swimming and diving teams battled two Big Ten squads over the weekend at the Campus Recreation & Wellness Center, hosting Northwestern and No. 24 Wisconsin on Jan. 19 for Senior Day.

“It’s bittersweet that it [was] Senior Day,” senior Devin Jacobs said. “It was a really fun meet, so that kept the energy up, but it is hard going into the end of the season, like when we are all ending our careers.”

What really aided the Hawkeyes was their ability to put swimmers in positions that would help them capture a few golds and maintain dominance on the podium.

RELATED: Iowa swimming and diving ready to open second half after break

“I think we’re feeling good overall,” Mende said. “I don’t know if we were expecting to win over Wisconsin, so it feels really good. We feel like we are at a really good place. Personally, I feel really good … Getting down to the details is very important. We have built the base by now, so now it’s just start, turns, and finishes that are the last details left.”

In diving, senior Will Brenner dominated the scoreboards on the springboard, earning a first place in both the 1-meter (362.45) and 3-meter (374.95). On the women’s side, sophomore Jayah Mathews and freshman Sam Tamborksi earned second and third, respectively, on both the 3-meter and 1-meter.

Iowa’s real challenge setting it up for the championship season is its meet this weekend: the Shamrock Invitational in South Bend, Indiana, beginning Friday.

“The next [meet] we go on the road [and] it is a real gut-buster,” head coach Marc Long said. “We squeeze basically an entire championship season into a three-session, two-day format, so fewer than two days. We just get a chance to swim everything,  and gritty racing is what needs to happen to come out of there with great performances.”