Helton: Is bipartisanship really on the table for the Iowa General Assembly?

Our state remains a Republican trifecta, making talk of compromise uncomfortable for some Democrats. 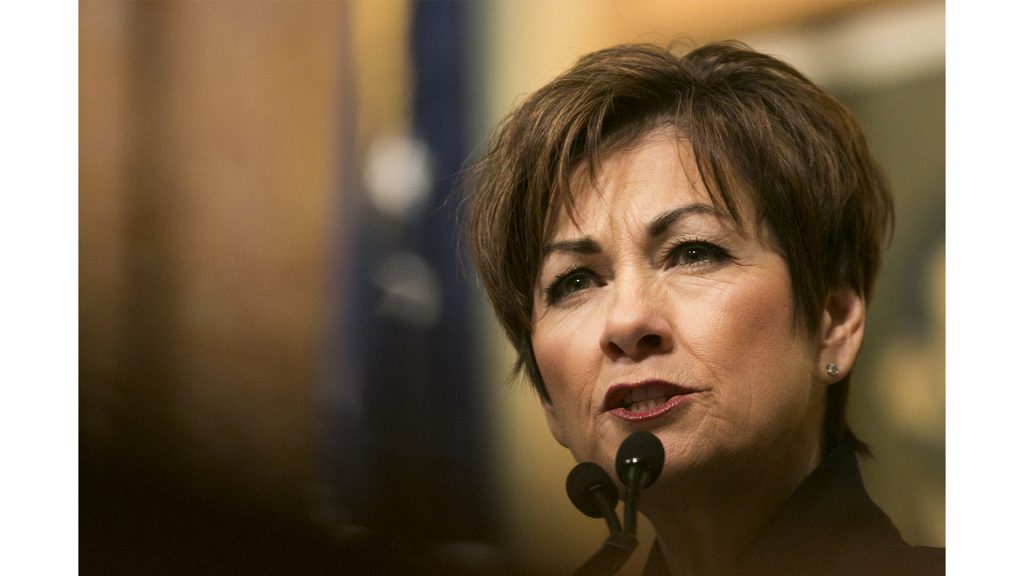 Iowa Gov. Kim Reynolds speaks during her first Condition of the State address in the Iowa State Capitol in Des Moines on Tuesday, Jan. 9, 2018.

After last November’s midterm elections, many concluded that Iowa was back to its old status as a purple state following a period of deep red victories, and there’s some evidence for that take.

Democrats won three of the state’s four congressional districts, with two being won by the first women to represent Iowa in the U.S. House of Representatives. The gubernatorial race was much more competitive than the last two. Three of the seven statewide elected officials are now Democrats. It looks like the two parties are back on equal — or at least similar — footing.

This has led to lots of talk inside and outside Des Moines of bipartisanship, including state Rep. Bobby Kaufmann, R-Wilton, chair of the State Government Committee.

“It’s like the beginning of a sports season,” Kaufmann recently told The Daily Iowan. “We’re looking forward to working together and to see if that maintains.”

“Working across the aisle isn’t an impossible task; we’ve done it, ” Reynolds said in her annual Condition of the State address. “Working together, with deep resolve, we can achieve more than we ever dreamed possible.”

But I’m not sold yet, and neither is state Sen. Joe Bolkcom, D-Iowa City. Bolkcom, the ranking member on the Senate Appropriations Committee, had a more pessimistic outlook on the next session, saying it remains to be seen if legislation will truly reach work across the aisle.

RELATED: Helton: Voter disenfranchisement should be abolished in Iowa

The reason for this is simple: Even though three of Iowa’s four congressional districts went Democratic during the so-called Blue Wave, Iowa’s state government is still a Republican trifecta. The governorship and both chambers of the Legislature are controlled by the GOP, and with just a little party discipline, Republicans in Des Moines have the votes to pass whatever they fancy.

This was the case during the previous legislative session, when the GOP slashed higher-education funding, strangled union power, and stifled women’s reproductive rights.

It makes sense if Iowa Democrats aren’t exactly in a trusting mood; the math clearly isn’t in favor of any deal cutting any time soon. Democrats only gained five seats in the state House and lost two state Senate seats, resulting in a composition of 54-46 and 32-18, respectively.

This isn’t to say that political collaboration and goodwill can’t be resurrected this session. In fact, the governor’s Condition of the State included a proposal to restore voting rights for convicted felons, something I’ve written about in the DI.

Perhaps the way forward for Democrats is the advice of (ahem) Ronald Reagan, describing denuclearization with the Soviet Union: “Trust, but verify.”

For a better Iowa, the minority party should lean on the side of cooperation, but also be willing to fight when the time comes.