Surrounded by elite talent, Iowa stepped up to the challenge. 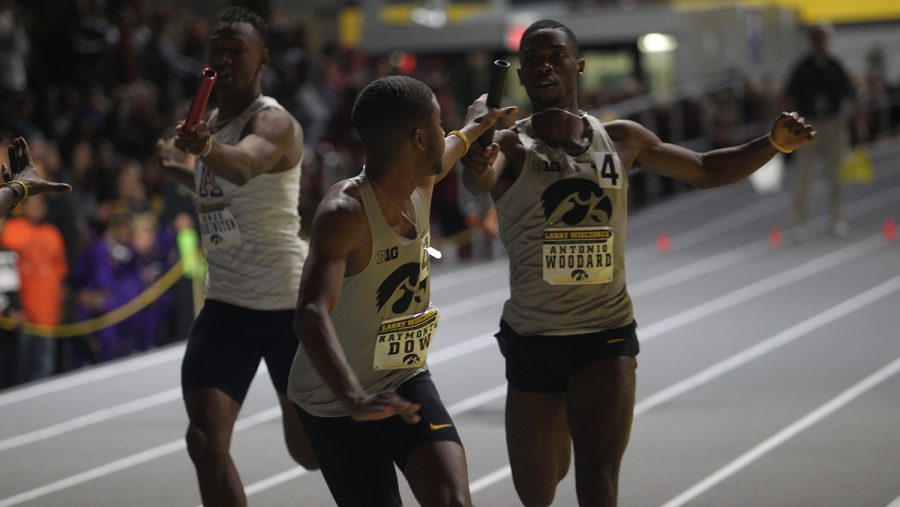 The third-annual Wieczorek Invitational came to a thrilling conclusion Jan. 19 after two highly competitive days of track and field.

Before the event, Iowa Director of Track & Field Joey Woody said the meet would be one of the most exciting events to take place in Iowa City this year, and the results were not disappointing.

“It was a fun meet,” Woody said. “It keeps getting better year after year. We got some great feedback from the other teams here, and we saw some great performances. It is still early in the season, but I thought our athletes came out and had some exceptional performances.”

Juniors Karayme Bartley and Jaylan McConico each won, Bartley in the 400 meter premier (46.39, the second-fastest time in school history). McConico ran a blazing 7.75 in the 60-meter hurdles premier.

McConico, a transfer from Illinois State, is pleased at how well he has adapted to life as a Hawkeye.

For him, early success in the indoor season only means expectations should rise.

“I’m looking forward to the rest of the season,” he said. “I have a lot more that I want to accomplish.”

Two other Hawkeyes, junior Nathan Mylenek and senior Daniel Soto, set personal records. Mylenek ran a time of 4:04.97 in the mile and Soto ran 8:10.24 in the 3,000 meters, the sixth-fastest time in that event in school history.

Iowa track and field legend Larry Wieczorek, for whom the meet is named, said the event is designed to create a terrific environment and put the athletes in a position to succeed, something he felt the meet lived up to.

“The goal was to create a tremendous competitive environment that showcases track and field athletes and make them stars of the night, while delivering an exciting, entertaining, and fun experience for the fans,” Wieczorek said in a release.

Woody echoed that, noting the importance of getting the team experience in highly competitive meets in an electric environment.

“Being in this environment as often as we can just makes people better,” Woody said. “I get to see a lot out of our athletes, and we learn a lot about each other as a team and as a program. The more often you can put your team in the fire like that, the better. They learn and grow from an experience like this. We have to keep getting better, and this is the best opportunity to do that.”

Along competitive events and producing record-breaking times, the Wieczorek Invitational provided Iowa with an opportunity to do what track and field is all about: compete.

Iowa will be back in action Friday in the Black & Gold Premier, the team’s final home meet of the indoor season.