The Hawkeyes are set to compete in another home meet – an ample opportunity to move up in the polls. 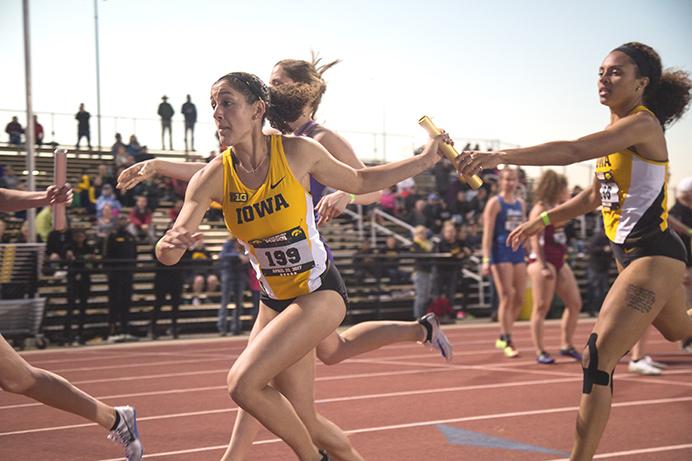 The Iowa women’s track and field team ranks 37th in the country and will work to improve on that mark at the Wieczorek Invitational today and Saturday in the Rec Building.

The Hawkeyes will compete in their third home meet of the season with the Wieczorek Invitational. With No. 15 Baylor and No. 34 Wisconsin among the teams this weekend, the women’s team has room to work their way up in the rankings.

“It’s always good to be ranked — we expect to be one of the top 10 to 15 teams in the country, so we still have a lot of work to do,” Iowa Director of Track and Field Joey Woody said. “There are still some Big Ten teams ahead of us. At the end of the day, I know that we have some talented girls who are going to step up here in these next few weeks and help improve and build on our rankings.”

Tausaga recently reached No. 12 in rankings after a 20.6- meter throw at the Hawkeye Invitational last weekend.

“Being able to get started with the weight throw is always a big event for us now,” Woody said. It’s become a strong event for us just recently. [Tausaga] has her mind set on hitting another school record, not only on that but also the shot put this weekend. She’s a tremendous competitor, but there’s some great talent in that field.”

Woody is excited about the competition that will come this weekend, because the field athletes have worked and improved as the season has progressed.

Working with athletes from Tulane, Baylor, and Texas, the squad took the gold medal (3:26.08). Guillory will be greeted this weekend by former teammate Kiana Horton of Baylor as they compete for titles for their schools.