Mahoney: A large field could bring out the radical Democrats – we’ve seen this before

The 2016 Republican primaries should stand as a lesson that large fields of candidates can be dangerous, and Democrats should not allow radicals to take over their party. 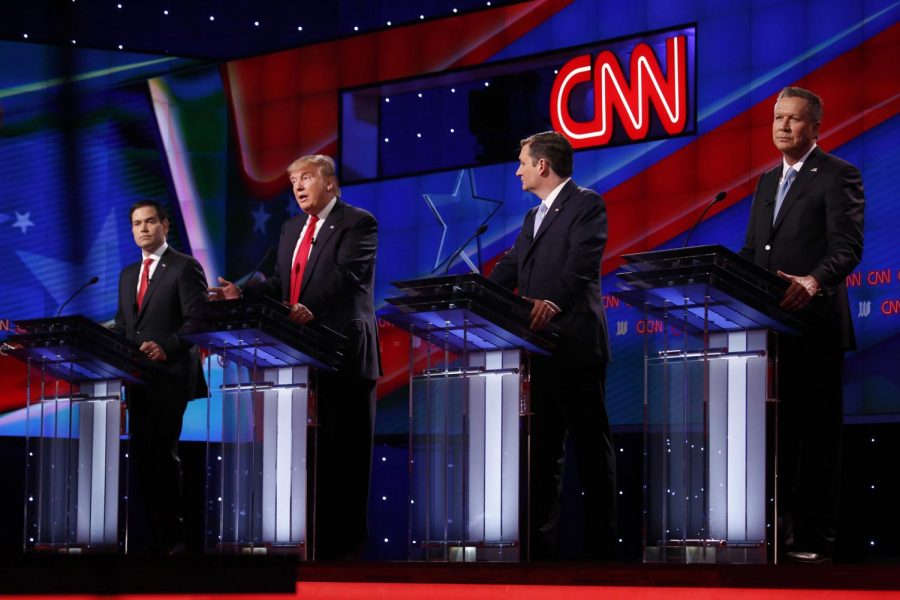 I know what you’re thinking: “It is way too early to be discussing 2020.” And you’re right — I completely agree with you. Our political climate, however, has changed, and with numerous major Democratic candidates announcing their intentions and making visits to our sweet little state, we really don’t have much of a choice.

In these discussions, I’d like to offer a word of warning to Democrats: It looks like you will have a lot of major candidates this cycle; please be careful. In our current climate, large groups of candidates can break up the votes that would unite around a more moderate candidate (such as a Hillary Clinton) and push them toward a more progressive, or even radical, candidate (more like Bernie Sanders).

Well, what could possibly be the proof of this? Here’s your answer: The 2016 Republican primaries.

RELATED: 2020 Watch: Who are the national politicians visiting Iowa?

According to the polling aggregate RealClearPolitics, in May 2015, when the Republican polls started rolling in, Jeb Bush (a Hillary Clinton-esque candidate) led the numbers — not by a terribly high margin but by enough that he would likely win. As the field grew, the numbers began to split. When Trump (a more radical, Sanders-esque candidate) joined in, Bush’s numbers began to falter. Then Trump took over and became the eventual nominee.

This was a shock to the Republican Party establishment, as well as to the general political system. How did it happen? I would argue that when the more moderate candidates began splitting average Republican voters among themselves, that left the gap for radical Republicans to coalesce around someone such as Trump to such an extent that he eventually became the only viable option, though some of his policies were arguably much more conservative than the more moderate Republicans would have liked to see in their nominee.

Democrats now face a potentially similar situation: The more candidates who join in the race, the more likely an “outsider,” radical-type candidate gets the radical Democrats to coalesce and make that person the only option, just as Trump. And then we enter the awful, muddy brawling match of the most radical people in the country sparring for what is supposed to be one of the most respected offices in the world.

RELATED: Jaimes: Two women made history Nov. 6; only one received national attention for it.

So, who will that candidate be? Who knows? After all, it is just January. It is far too early to speculate what may happen a year from now when the caucuses take place. I, for one, will watch very closely. But, as I said, when polling for the Republican primaries began, Jeb Bush was in the lead. JEB BUSH. JEB. Yet Republicans somehow ended up with Trump as their nominee.

So, Iowa Democrats, consider yourself warned. A radical isn’t necessary to defeat a radical. Someone exciting, someone inspiring — that’s who is needed to win. If the 2020 Democratic primaries turn out to be like the 2016 Republican primaries, consider the United States the loser of the 2020 election.