Iowa City podcast debuts with an episode on historic preservation

The podcast aims to cover complicated city matters with a panel of local experts. 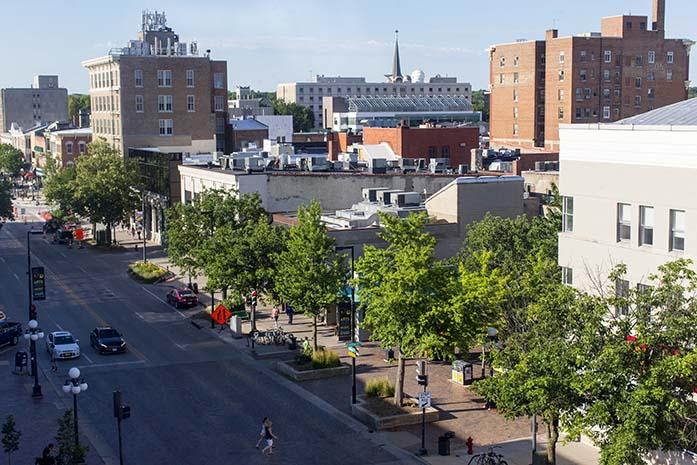 Iowa City residents now have a new method of learning about their community and engaging with current events: a podcast all about Iowa City.

The Iowa City Matters podcast, the official podcast of Iowa City, launched on Jan. 14 with an episode about historic preservation.

The podcast was developed by the city communications team, led by Ty Coleman and Jack Brooks. Coleman said the goal of the podcast is to explore complicated topics that may not be easily understood through a press release or other short-form media.

Coleman and Brooks work with City Channel 4, and they have experience producing both long-form and short-form content for TV. Brooks said the podcast was another way to get information out that couldn’t be communicated in short TV segments.

“This kind of helps us be able to do that in a format that’s a little more digestible for the community,” Brooks said.

City officials chose historic preservation as the first topic because, Coleman said, the team thought it was a complex topic that could benefit from long-form discussion and explanation.

Historic preservation has been a relevant topic recently, Bristow said, with the historic downtown survey completed in the fall, as well as the historic-preservation awards taking place on Jan. 17.

Bristow said a lot of people have misconceptions about how historic preservation works. Local designations and national designations have different regulations, and Bristow enjoyed the chance to go in-depth and clarify the distinction.

“I hope it kind of breaks the ice and gives a little bit of information,” she said. “For some of the people that have those misconceptions, I hope it begins to clarify those things.”

The next episode of Iowa City Matters will look at the crisis-intervention training with the Iowa City police. Other topics for the future include the Climate Action Plan and Iowa City Transit.

For each podcast, the communications team will choose guests from the community who are heavily involved in the topic, Coleman said.

“We get to kind of handpick an all-star team of people who know these topics very well,” he said.

From there, Coleman said, the guests and the host will have a preproduction meeting going over the topics and questions that will be discussed on the podcast. Then the podcast will be recorded, edited, and released.

While the episodes are not being released on a specific schedule, Brooks said one will be uploaded every one to two months.

Coleman sees the podcast as another of the many ways the Iowa City communications team gets important information out to Iowa City residents.

“We’re always looking for new ways to communicate our strategic goals and our priorities,” Coleman said.