The Hawkeyes are now on a four-game Big Ten winning streak for the first time since the 2016-17 season. 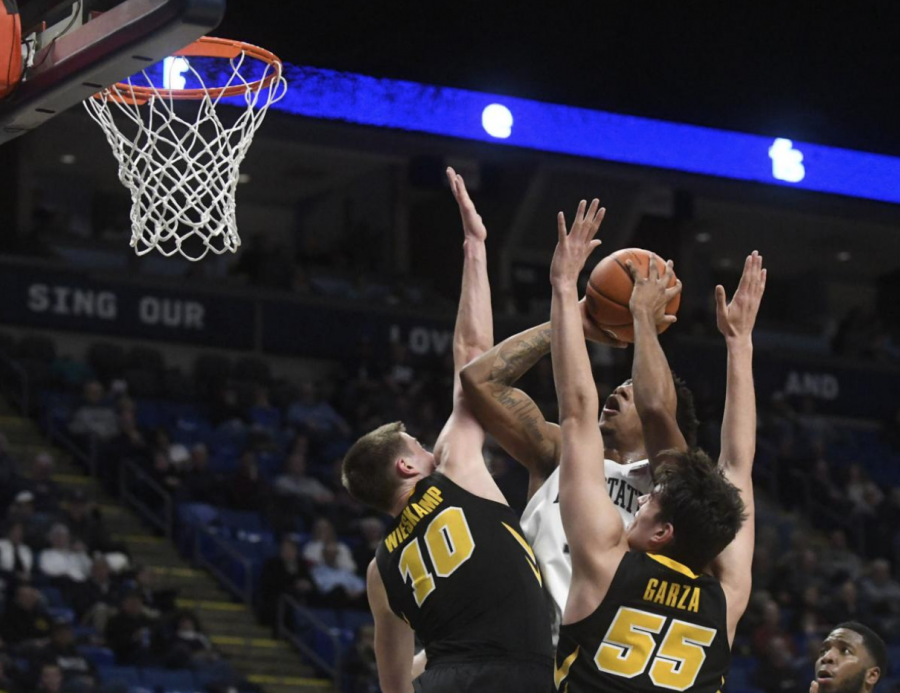 It took Iowa a little while to get hot against Penn State on Wednesday, but when it did, it was impressive and entertaining.

The Nittany Lions got out to a quick 8-0 lead in the first 1:15, but the Hawkeyes hit from beyond the arc early and often, taking the lead, and eventually, the game, 89-82, for their fourth consecutive Big Ten win.

Iowa may not have kept its winning streak going if it wasn’t for Jordan Bohannon.

In an 83-82 game with 36 seconds, Bohannon launched a shot from NBA range, drained it and gave the Hawkeyes a lead they wouldn’t surrender.

Ryan Kriener forced a turnover on the ensuing possession, and it was over from there, all thanks to the dagger from Bohannon, who continued to be stellar down the stretch.

“It’s a good shot because he took it,” Iowa head coach Fran McCaffery said. “I would have been surprised if he didn’t shoot it.”

Iowa couldn’t go into battle expecting life without Tyler Cook to be easy, but Luka Garza and Kriener alleviated any worries McCaffery might have had.

After finding most of its buckets from 3-point range in the first half, Kriener and Garza came through strong in the paint in the second.

Garza scored 22 points and Kriener dropped 15, as the Hawkeyes outscored the Nittany Lions, 40-30, down low.

Iowa didn’t miss a beat without its leading rebounder either, outrebounding Penn State, 37-35.

McCaffery has said other players needed to step up when Cook was out and on Wednesday, Garza and Kriener – along with Bohannon – fulfilled his wishes.

“Coming down the stretch, there were a lot of things that were kind of unique to this game,” McCaffery said. “Garza was great, Bohannon makes a big shot… You’ve got to give [Penn State] credit with how they fought in that situation and then how we maintained our composure.”

Still, it took Iowa a few minutes to adjust to life without Cook, as the Hawkeyes started just 1-of-7 from the field. The bucket drought didn’t last long, though. Instead of pounding it into the paint with Cook, Iowa found life from downtown.

Nine of Iowa’s first 11 field goals came from deep in what turned out to be a 3-point shootout for both teams.

The Hawkeyes finished with 12 bombs, but the defense was less impressive, as Penn State matched Iowa’s mark from deep.

Myles Dread got loose early, scoring 9 of the first 11 Nittany Lion points before finishing with 14, including a 4-of-9 mark from 3-point land.

After allowing 45 points in the first with mostly man defense, Iowa switched to a zone in the second, and it paid off.

The Hawkeye defense kept Penn State forward Lamar Stevens in check. Stevens, who entered the game averaging 18.6 points, was held to 8 points on 4-of-18 shooting.

This is the third game in a row the Hawkeyes have shut down a powerful big man, previously holding Northwestern’s Dererk Pardon and Ohio State’s Kaleb Wesson to a combined 8 points.

Iowa showed there is clearly room for improvement on the perimeter, but the Hawkeyes did what they needed to do in crunch time.

“The reality is any team that comes in here, any team that they play is going to focus on Lamar Stevens, with the way he’s playing, with the amount of shots he takes,” McCaffery said. “We doubled him and we tried to make him get rid of it.”