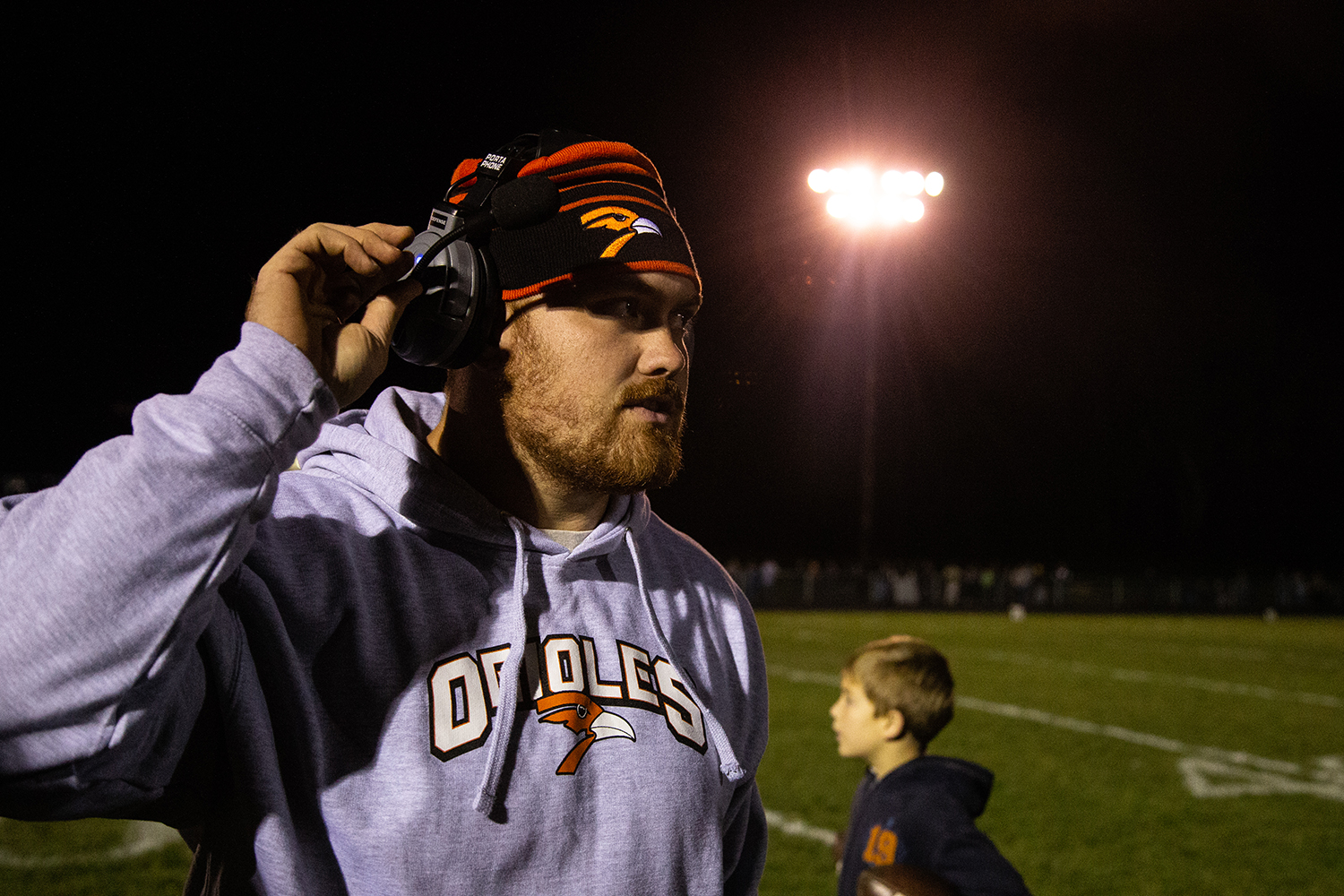 Jake Hulett played 8-man football in high school. It didn’t stop him from playing ball for the Hawkeyes.

The name Jake Hulett might not be familiar to most Iowa football fans, but it means a great deal to some Hawkeyes up in Springville, Iowa — a town of slightly more than 1,000 people northeast of Cedar Rapids.

He is the only athlete from the town of 1,143 people to play football for the Hawkeyes during the Kirk Ferentz era.

“It’s surreal,” Hulett’s father, Kevin Hulett, said. “To have a son who grew up in small town Iowa, did well in high school, and got a chance to play on the field at Kinnick? Words really don’t describe it.”

But before he donned the Black and Gold, Hulett was a Springville Oriole; during his tenure at the Springville High School, the community started to rally behind him.

Hulett’s high-school team is one of 62 football teams in the state belonging to an eight-man league because of the lack of players.

Throughout Hulett’s high-school career, his coaches and fellow players recognized his talents on the gridiron, and then in his senior year, his talent infected the town.

With Hulett leading the way, the Springville Orioles went 7-2 on their way to a playoff appearance that had the whole town buzzing.

“Jake’s senior year was the first time we ever made the playoffs,” said Hulett’s Springville coach, Joe Martin. “It was like a party town on Fridays [before a game]. We had the tailgate out for the first-round game.”

On that playoff run, Hulett led Springville to the second round of the Iowa eight-man playoffs, earning first team All-Defense and first team All-Offense selections.

He parlayed that success into his preferred walk-on scholarship at Iowa, and the town continued to follow and support one of their own.

“The whole town was pretty excited,” Martin said. “To be able to have Springville on the map. Then it was even bigger when he got into a couple of games, that was all over Facebook and Twitter. It was like, ‘There’s a Springville kid, look what even small towns can do.’ ”

For Hulett, it was a dream come true. He grew up a Hawkeye fan, and rather than follow some of his peers to smaller schools where he could have had more playing time, he chose to fulfill his dream and represent the Black and Gold.

“Growing up here and being a Hawkeye’s fan, that’s something you hope can happen,” Hulett said. “The first time walking out in Kinnick [as a player] was unreal. You get some chills in the stands when you’re watching [the Swarm], but actually being in it is an out-of-body experience.”

Hulett didn’t see a ton of game action in his Iowa career — he got into 14 games and recorded 2 tackles, but to him, it wasn’t about racking up statistics. He worked hard and achieved his goal, which rubbed off on his high-school teammates.

A few others from Hulett’s era also went on to play college football, most notably Elias Nissen, who had a solid career for Northern Iowa.

“He kind of led a lot of kids behind him,” Martin said. “Jake’s little brother went to Wartburg, four or five other kids played Division-3 football, and it was Jake who kind of led them into believing that was possible.”

Now, Hulett is back with his high-school team as a coaching assistant. It’s his way of giving back to the community that has given him so much support.

His busy schedule prevents him from being at every game and practice, but his effect is noticeable when he is there.

“Having him help coach our football team is awesome,” Springville sophomore Gabe Dlouhy said. “He always had new drills that he was taught when he played at Iowa. I also think everyone looked up to him because we all knew how hardworking he was.”

Hulett is also a Pee-Wee football coach along with volunteering for the Fire Department with his father as a fully trained firefighter.

“He’s given back as much as a 24-year-old kid can give back,” Kevin Hulett said. “He’s a viable resident of the community.”

However, the former Hawkeye won’t be in Springville much longer. In January, Hulett will begin his new job as a field property adjuster for West Bend Mutual Insurance.

While a Hawkeye hailing from Springville may be atypical, many current Hawkeye football players grew up in Iowa — particularly, small-town Iowa.

The Hawkeye football team comprises athletes from all around the country, but Iowans make up almost half of the roster.

Of the 58 Iowa natives on the roster, many come from such places as the Cedar Rapids or the Des Moines areas, but Hawkeye head coach Kirk Ferentz has also shown an affinity toward small-town Iowans.

“I’m proud of the fact that about 50 percent of our roster is Iowa natives,” Ferentz said. “It says a lot about the commitment that our players have to our university, and then conversely, the commitment we have to the state of Iowa.”

Hulett put on the Black and Gold to help represent his community of Springville, and currently, 12 active Hawkeyes also hail from towns in Iowa with populations fewer than 2,000 people. They believe they are helping to promote their town on a big stage.

“It was an honor [to represent Springville],” Hulett said. “You say you’re from Springville, Iowa, most people aren’t going to know where that’s from. [My career] put a little more emphasis on it.”