67-year-old woman to graduate the UI on Saturday

After three years at the UI, Bernadine Franks will earn a degree in social work at the age of 67 — and fulfill a promise she made to her mother long ago. 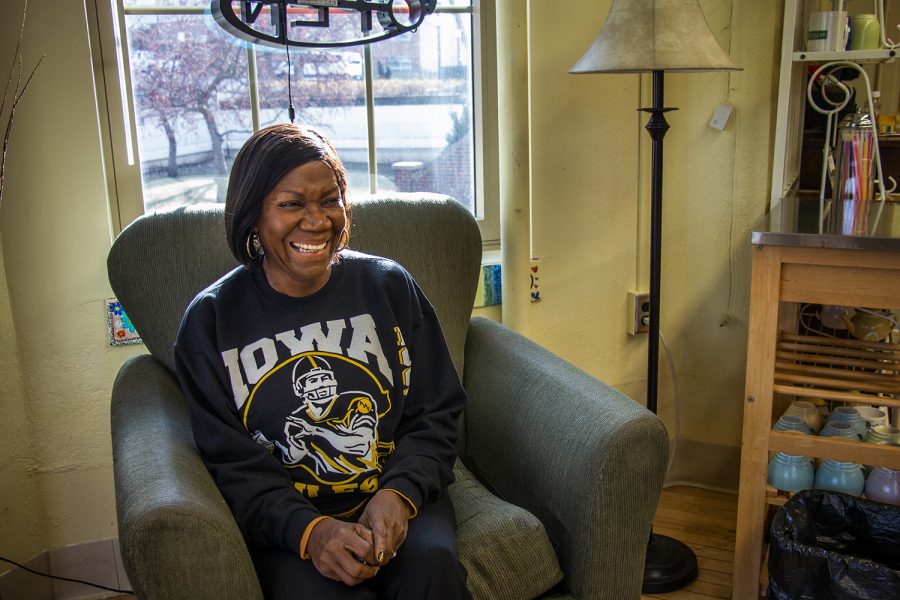 Bernadine Franks, a 67-year-old upcoming UI graduate, poses for a portrait in Wild Bill's Coffeeshop on Tuesday, December 12, 2018. Franks made a promise to her mother she would graduate college and now she is earning a degree in social work.

More than 50 years ago, Bernadine Franks made a promise.

“I was a pretty good student in school,” Franks said. “[My mom] just wanted more for me and knew I was capable of doing more than I had to that point. And she said, ‘Promise me that you will graduate from college.’ So I promised her that I would.”

Now, at the age of 67, Franks will fulfill that pledge on Saturday, when she will receive a degree (social work) from the University of Iowa with 1,640 other graduates.

Franks grew up in St. Louis. She became pregnant at age 14, married at 16, and said she made the promise to her mother when she was just 17.

Raising a family, finding a job, and battling with substance abuse made the goal of graduating from college difficult to achieve, Franks said.

“It has been so, so different,” she said. “Time and time again, I’d start and stop and try to go back, and something would come up with trying to raise a family. I’d use that as an excuse to drink at times.”

Among numerous social-work-related jobs she has held during her career, Franks worked as a residential addiction counselor at Prelude Behavioral Services in Iowa City, then as a manager of Chemical Dependency Services at Unity Point-St. Luke’s Hospital in Cedar Rapids.

This year, she herself is celebrating 25 years of sobriety. When she retired from a job in 2012, she decided it was time to make good on her promise.

Kate Kemp, the program and admissions administrator for the School of Social Work, said social work is a selective admission major, which Franks had to apply for before she could attend.

“I remember Bernie talked a lot in her application about her mom and her family life growing up and how important it was to her to achieve those long-terms goals,” Kemp said. “It was very impressive.”

In the end, Franks became one of only 45 applicants selected for the year. She began pursuing a degree in social work in 2015, even spending one year at the UI with her own granddaughter, Megan Franks, who recently received an M.B.A. from the Tippie College of Business.

Motier Haskins, a lecturer at the School of Social Work, said his interactions with  Franks, have been nothing but amazing. During class discussions, he said, she contributed rich perspectives to topics including racism, sexism, heteronormativity, and others.

“Our school produces social-justice warriors, but Bernie came in as a warrior,” he said in an email to The Daily Iowan. “Bernie was quick to share that she was a child of the ’60s. She lived what we were theorizing in class.”

Franks’ teachers are not the only ones inspired by her determination — her story has affected members of her community as well. One 27-year-old boy from her church changed his mind about not going to college after being inspired by Franks’ ability to work hard to achieve her goals.

After graduation, Franks said, she will work as the new family liaison for Faith Academy, a Christian school in Iowa City where she completed her practicum.

“I just didn’t know, when I made that promise, that it would turn out this way,” Franks said, “And had I known then what I know now, I would have fulfilled it long ago.”