In a recent study, UI researchers discovered the thalamus is not essential to causing or relieving comas. 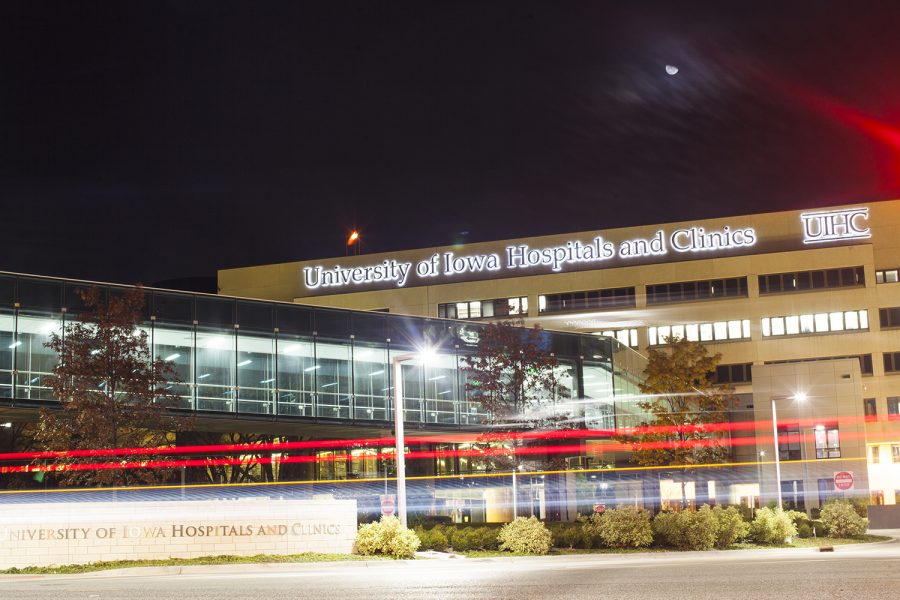 The University of Iowa Hospitals and Clinics building is seen from the west on Wednesday, Nov. 8, 2017.

Since the 1940s, the model by which doctors understand the human arousal system involved projections from the brain system to the thalamus. In the last few years, a new UI study has challenged this idea, showing that the thalamus may not be a critical part of that pathway at all.

In an effort to prove this theory, UI neurologist Aaron Boes and his research team investigated individuals in the 12 hours following them having a stroke, ultimately concluding that major impairments in arousal didn’t show unless extended past the thalamus.

“This is the first study to really address that topic head-on,” Boes said. “For the last 10 years now, people have been exploring deep brain stimulation for disorders of consciousness, and it really hasn’t been that effective.”

The current treatment for comas involves dropping an electrode into the patient’s brain at their thalamus, which Boes said often proves to be unsuccessful.

“Our results would really support the idea that the thalamus shouldn’t be the target going forward,” Boes said. “Essentially we should move to the hypothalamus or basal forebrain, to see if it’s more effective.”

Overall, Boes said he is optimistic about how this study can affect future research concerning the treatment of comas, although it would still require an invasive surgery.

“Coma is most akin to being in a deep sleep,” Boes said. “The brain stem seems to be the most important for maintaining a state of wakefulness that supports consciousness.”

Plans down the road, he said, include seeing if they can modulate arousal, essentially waking people up when their consciousness is impaired.

Boes said the most time-consuming part of their most recent research was finding patient records meeting their criteria and then mapping their brain regions, which was accomplished by UI medical student Joseph Hindman.

“I wanted to do more research while I was in medical school,” Hindman said. “I like the study because of the clinical applications of this project.”

He said that while a lot of research has been done comatose projects, many come up with inconsistent results. He said a follow-up study with more participating hospitals may lead to further, more accurate findings.

“We can look at different targets for deep brain stimulation,” Hindman said. “Looking more at the hypothalamus and additional areas that might be better indicated for arousing someone from a coma.”

According to Hindman, his primary role in the study was to collect information and devise methods for the process, mapping brain scans and working with others to analyze the models.

Another key player in the study was UI Assistant Professor of Neurology Joel Geerling, who began his research with Boes at Harvard before they both moved to Iowa.

“We’re always very hopeful and ambitious that we can move things forward into treatments,” Geerling said. “The truth is, I don’t think we have a full set of information yet to decide where to stick electrodes. That’s why there’s been a slow pace to this work.”

Nevertheless, he said, the results of this study are clinically important, considering there are no known therapies effective in treating coma. Now, they proved the thalamus is not the region of the brain truly affection coma-related symptoms.

“This is the first rigorous evidence in humans,” Geerling said. “That really refocuses us.”