The man with all the stories to stop in Iowa City

Writers’ Workshop and UI Ph.D. graduate T.C. Boyle has published 17 novels and more than 100 short stories, and he plans to give a complete performance at the Frank Conroy Reading Room. 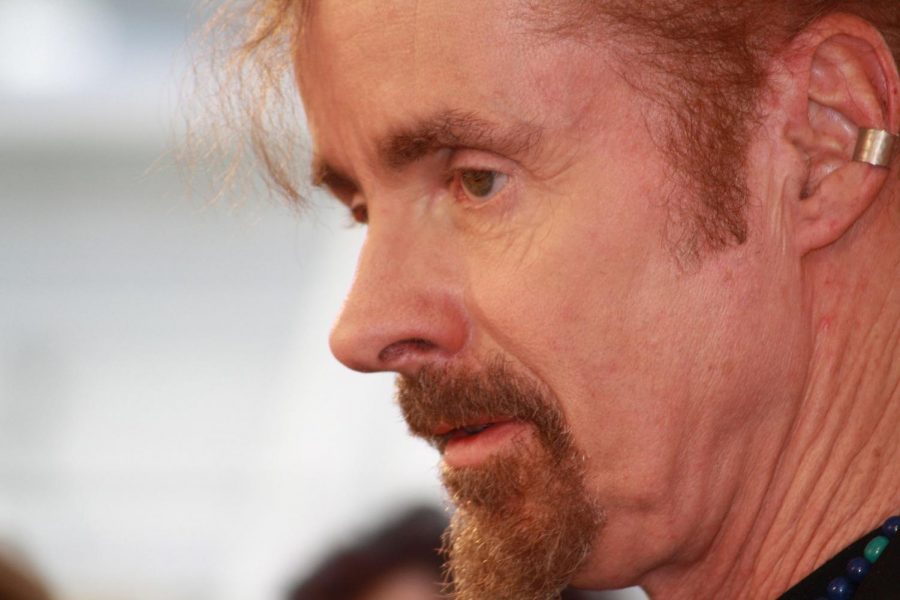 A reader can discover anything in the pages of a book. Printed on the white sheets with black ink are expansive magical worlds, horrifying tales, and reality-bending stories.

T.C. Boyle has made an unprecedented career out of writing great stories. He is set to give a reading at the Frank Conroy Reading Room in the Glenn Schaeffer Library at 8 p.m. today.

Boyle spent five and a half years at the UI. He graduated from the two-year graduate program at the Writer’s Workshop, and also received a Ph.D. from the UI. He then moved to Southern California to pursue a writing career and has resided there since 1978.

Boyle has had 27 books published, novels and short-story collections, with his 28th book, Outside Looking In, coming out in April 2019. He said some of his stories are inspired by his real life, but the majority come hurtling out of his imagination.

“There are all sorts of writers, and each find their own territory. I’m a more imaginative writer, who explores something and makes it up,” Boyle said. “I just find materials, look at a place, and imagine what the characters think.”

The process of writing allows him to explore the inner depths of his mind and discover things he would never had thought of otherwise, he said.

“You don’t know what it’s going to be exactly, but eventually, you have to sit down and write it, and it turns out to be surprising to you, something that you couldn’t have conceived in concrete terms,” Boyle said. “It just begins to happen in the process of writing. I have no idea what the story will be; I just know that something interests me, and a voice starts to talk, and I follow it. That’s what I do, and that’s why I love to do it, because it’s magical.”

He did not make the process seem easy, however.

“It’s like walking on a wire across the Niagara River with no net underneath,” he said. “You don’t know whether you can make it to the other side or not, and it really feels good when you do.”

He will not merely read from his book, he said. A reading implies an academic purpose, but he wants to make it a performance.

“It doesn’t have to be academic,” he said. “It’s a reading, and then we have to write papers and all that, which is great. But it’s like when you go in the club. You might write about it afterward, but you’re there to have an experience. That’s why you go to a film. Good readings are like that, and so I like to make that distinction.”

Boyle said he continues to work every day, even after so many published works. Once he finishes one story, he starts the next one, prioritizing his unfinished stories over his published ones.

“I am always obsessed with the next work and what comes next,” he said. “The book tour is a year after you’ve delivered the book, and if you’re lucky, you’re well into the next one by the time you go on the book tour.”

To keep his creative momentum going, Boyle said he follows a routine every day that ensures he has time to write.

“As an undergrad, I would write late at night after a full day of homework and maybe partying and whatever. I was tired from having been alive all day,” he said. “Once I finished my Ph.D. and began my first novel at Iowa, I started to get up and write in the morning, and that’s what I’ll do every day forever.”

Boyle said that he is usually done working by 2 or 3 p.m.

“The rest of the day is free to do whatever I want, which, when I’m lucky, is to be outside,” he said. “I kayak on the ocean here or hike in the woods. I spend a lot of time in a cabin on the Sierra Nevada, and that’s all very healthy.”

He said that his strict routine and writing schedule allows for him to better focus on one story at a time.

“My ritual is to write at the same time and to keep after it every day, especially the novel,” he said. “It’s so very hard to keep all the material in your head and to keep the tone the same over the course of a year or more of writing it. Some days it goes terribly, but just stay after it.”

Boyle said he never writes by hand, always using a keyboard, because it shows exactly how it will look on the page. He has a few other methods of getting his best work onto the page.

“I always listen to music while writing. Always. Not rock ’n’ roll, but classical and jazz, so I’m not distracted by lyrics,” he said. “And I always rewrite what I’ve written the day before, over and over, until I forget that I’m working, and I click into that flow.”

That “flow,” Boyle said, is what he strives for whenever he sits down to write.

“If I’m getting toward the end of a story or a novel, I might work for several hours without hardly looking up,” he said. “You’re just trying to trick yourself into getting into that unconscious state. Some days I do, some days I don’t. But when I do, there’s no feeling like it.”

He describes this feeling in his autobiographical essay “This Monkey, My Back,” he said.

“I liken this experience of creating literature to a drug high,” he said. “You get high, and you have this incredible orgasm, and it’s the greatest thing in the world; this is what happens when you finish a story.”