From a trick play on the football field in 1990, to the head of the judiciary, Matt Whitaker’s path to the Trump White House began with a committed athletic career, former coaches describe. 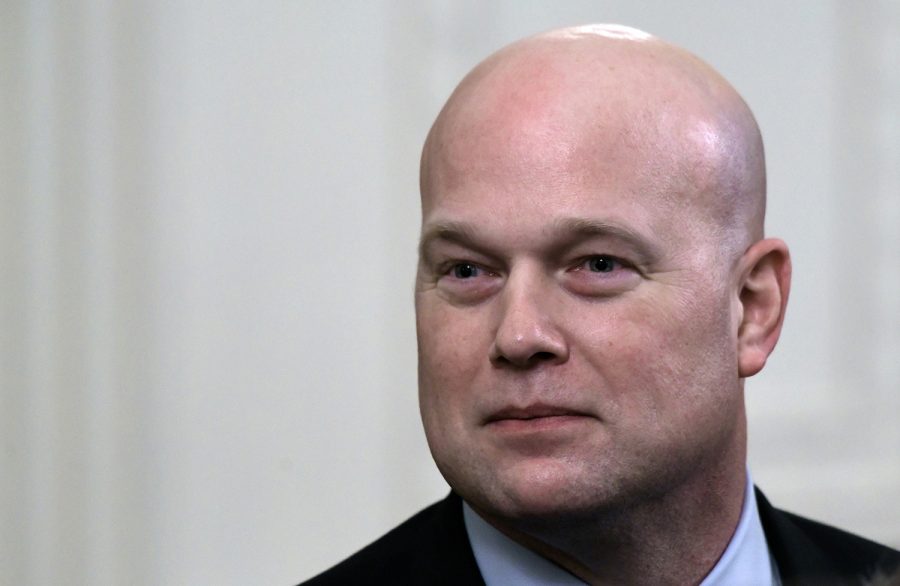 Catching what became an unlikely touchdown pass in that game was Matt Whitaker, now the acting U.S. attorney general, and it  helped send the Hawkeyes to the 1991 Rose Bowl.

“Coach Fry had called what nobody in the stadium would expect – a fake field goal,” Patterson said. “It was just such an unlikely call and, yet, a great call because no one expected it.”

At the time, Illinois had one of the Big Ten’s best defenses, yet the Hawkeyes had already scored four-consecutive touchdowns.

“It is kind of unique that Matt Whitaker was very involved in one of the most unusual plays in Coach Fry’s 20 years at Iowa,” Patterson said. “It was a key moment in the game.”

Watch: Matt Whitaker’s 1990 touchdown after a fake field goal — a play that helped send the Hawkeyes to the 1991 Rose Bowl.

Teachers, professors, and coaches from Whitaker’s past all commented on his energetic and driven spirit through his academic and athletic careers.

Whitaker graduated from the University of Iowa College of Law in 1995; he also studied at the UI for his undergraduate degree and M.B.A. He was appointed to the acting role of attorney general on Nov. 7 by President Trump after Trump asked former Attorney General Jeff Sessions to resign.

Similar to Whitaker’s role in a memorable and unexpected football play, Whitaker now heads the U.S. Department of Justice under an act that has never been used before to appoint an acting attorney general. Trump appointed Whitaker under the Federal Vacancies Reform Act of 1998, which states the president can appoint any high-ranking official to a position until someone else has been nominated and vetted by the Senate. Traditionally, this position would have gone to Sessions’ next in line, Deputy Attorney General Rod Rosenstein.

Critics of Whitaker’s appointment say this use of the act is unconstitutional, because it was created so the president could appoint someone in the case of an emergency. In this case, the alleged emergency was created when Trump asked Sessions to resign, said legal experts whom The Daily Iowan interviewed.

RELATED: Protesters and counter-protesters gather on Pentacrest in wake of Jeff Sessions’ firing

Patterson said that he knew Whitaker well, and that they were almost always on the same end of the practice field. He said he is not surprised that Whitaker has attracted a lot of attention.

“I can’t sit here and tell you he was the best leader on the team, but I think he tried to lead as best he could and certainly lived by example because he was a hard worker and always did what you asked him to do,” Patterson said.

However, he may have flown more under the radar while studying for his law degree. Former UI law college Dean Bill Hines said no one he talked with at the college in recent conversations with colleagues remembered Whitaker from when he was in the program.

“I don’t remember him having that kind of extraordinary success,” Hines said. “I know he graduated on time, which is not insignificant. Not everybody does that.”

Hines said Whitaker started law school in the summer. Hines worked out a schedule with Whitaker for the fall semester so that Whitaker could play football for the Hawkeyes. But Hines said he lost track of Whitaker after those fall classes started.

“He was the first one we ever made that arrangement for,” Hines said.

Gary Fethke, former dean of the Tippie College of Business, wrote in an email to the DI that Whitaker met with him several times to discuss his emerging political aspirations.

Fethke wrote in an email that he had no reason to question Whitaker’s integrity.

“Matt appeared to me to be energetic, rather outspoken, and motivated to succeed,” Fethke wrote in an email.

Whitaker joined the football team his sophomore year, Pezzetti said, and started as a running back all three years he played.

“You have to be pretty talented and Matt definitely was,” Pezzetti said, who still coaches football at Ankeny High School and has coached for 50 years.

Pezzetti said he coached Whitaker in his freshman year on the high-school track team, and noticed Whitaker’s athletic talents early on. He also noted that he was not surprised to see Whitaker in the acting position as U.S. attorney general.

“I just know that he’s a smart, intelligent young man, and honest, and he will do what he’s asked to do and do it the right way,” Pezzetti said.

“They are very classy people, and they are good people,” Pezzetti said.

Here is a timeline of events leading to Whitaker’s appointment in the U.S. Justice Department –

Dennis Adamson, Whitaker’s high-school social-studies teacher, said he still remembers where Whitaker — a homecoming king in high school — sat in his classroom because he always was smiling.

“You remember kids that are positive and are outgoing and respectful and always have a smile and have a lot of friends. That’s what I remember most about Matt,” Adamson said.

“I didn’t know he had the connections he did with the Trump administration,” Adamson added. “I know that Matt and I might agree in what problems the country might be facing, but we are  worlds apart politically.”

Adamson said he didn’t know enough about scandals attributed to Whitaker to comment on them. However, “it sounds like there’s some questions that need to be answered.”

RELATED: Grassley: Matt Whitaker’s appointment constitutional but a replacement should be found quickly

News reports also have revealed that Whitaker worked on the advisory board  of a company in Florida that allegedly defrauded customers and clients of their life savings. In another report, inspections showed concerns about supplies and safety in an Iowa daycare that Whitaker owned in 2007.

But in college, Patterson said that the Iowa coaching staff could count on Whitaker on and off the field.

“If you’re going to have a son, at least as I knew him when Matt was in his college years, you’d want him to be a lot like Matt Whitaker,” Patterson said. “That would surprise me if he had any kind of improper conduct.”