The council hopes the salary increase will encourage low-income residents to run for City Council. 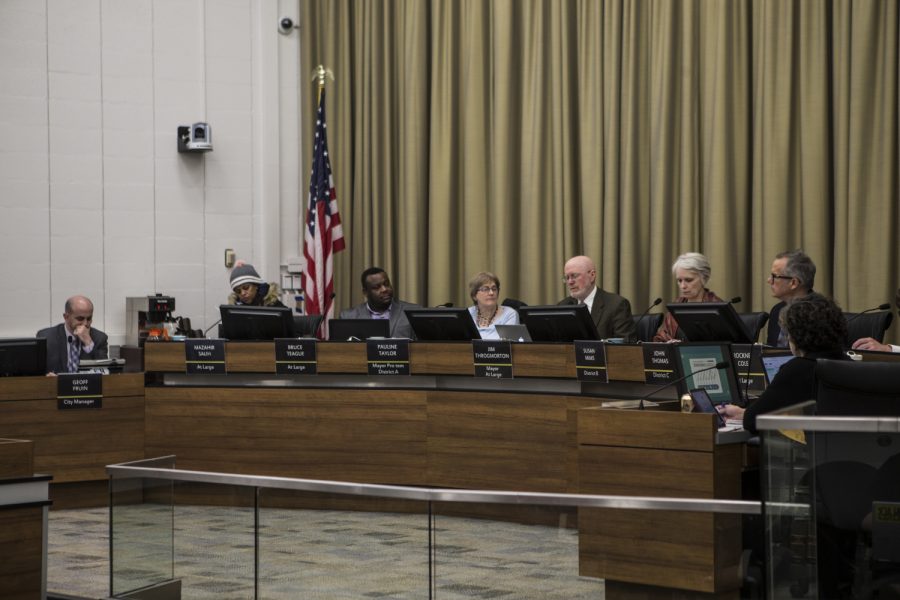 The Iowa City City Council will see an increase in their wages beginning in January 2020.

In a 5-2 vote on Tuesday, the council decided to raise the annual salary of City Council members to $11,960, while the mayor’s salary was increased to $14,950. In accordance with Iowa law, the salary increase will not take effect until Jan. 1, 2020.

The salary was increased mainly to encourage low-income residents to run for City Council, said Simon Andrew, the assistant to the city manager.

“Council indicated that they have a desire to look at the salary structure, mostly to ensure that the most people have the ability to pursue being on the council as possible,” he said.

Council members echoed these sentiments at the City Council meeting on Tuesday.

“I think this is a great opportunity for the council to allow individuals with less means to totally be a part of the council,” City Council member Bruce Teague said.

Additionally, the city conducted a survey looking at the salaries of City Council members in similar cities. Andrew said the increase would place Iowa City near the average among communities of similar size.

Mayor Jim Throgmorton added at the meeting that the City Council job has gotten bigger since the last time their salary was set.

“As somebody who served on this council 20 years ago, I can tell you the job is a lot harder, a lot more demanding, than it was 20 years ago,” Throgmorton said at the meeting.

Salih said she thought the raise was a good idea, and she agreed that it would help encourage low-income people to run for the council. However, Salih has previously proposed that the wages of city employees be increased, and that was a higher priority for her.

“We should have done that first before we increased our own salaries,” she said.