20 Out of 20: Baldwin brings relief from incivility

The understated Midwestern senator might be the type of pragmatic problem solver Iowa and America are looking for. 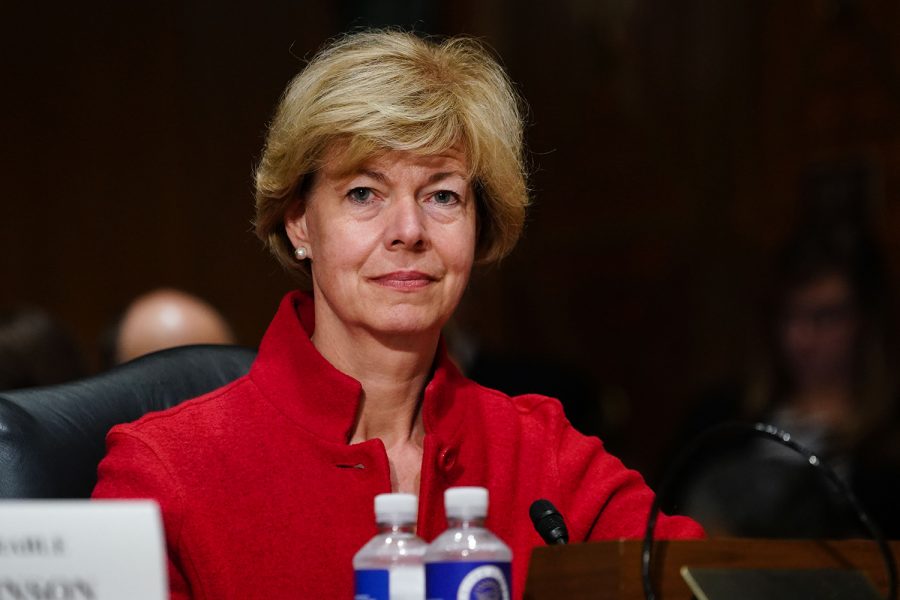 Iowa is going to become the battleground of the 2020 presidential primary in only a few months. It shouldn’t come as a surprise that the Democratic nomination is shaping up to be one of the most crowded and divisive races in modern primary history. With all the clutter and yelling, many of those yearning for a reinstatement of political normalcy might just stay home and let the grandiose ideologues duke it out.

Democrats need an option of someone calm, collected, and willing to be reasonable in our era of outrage. That option can be found right across the river for Democratic Iowans in the form of Sen. Tammy Baldwin of Wisconsin.

With 20 Out of 20, we normally look at candidates who look like they’re going to make a bid for the presidency. Baldwin doesn’t look like she will right now; she hasn’t campaigned in Iowa and New Hampshire or clamored for prime-time attention.

But the Dairyland senator, who just won her second term, shouldn’t rule herself out.

Leading Democrats such as former Vice President Joe Biden have publicly mused about how he’d “beat the hell” out the incumbent president. That kind of language alienates those who oppose the current administration without wanting to stoop to its level of unhinged rhetoric.

Baldwin has contrarily made attempts at bipartisanship, especially in regards to trade. Being from a Midwestern state that swung Republican in 2016 gives her an incentive to work as a pragmatist.

Is she going to be nominated?

This is where the prospect of a Baldwin candidacy begins to get interesting. She has become dedicated to being a pragmatic problem-solver in the age of increasingly divided politics. She has introduced several pieces of legislation with Iowa’s Republican Sen. Joni Ernst on issues ranging from mental health for farmers to rural high-speed internet access.

These are real issues with real solutions Iowa can get behind. It’s not flashy, but flashy probably isn’t the way to bring the country together.

But Baldwin isn’t entirely low-profile. She was the first member of Congress to be openly gay when first elected to the House in 1998. In 2012, she became the first openly gay member of the Senate. That sort of trailblazing record is exceedingly attractive, especially to those in more progressive primary states on the coasts.

Baldwin offers something for everyone, which brings us to our last question.

Is she going to beat Donald Trump?

RELATED: Helton: 20 out of 20: Elizabeth Warren, champion of Women’s Marchers?

The Democratic Party is understandably furious with the state of current politics. They believe the president is unhinged and his party is unwilling to do anything to stop him. Distrust like this doesn’t stoke a lot of warm feelings of “uniting the country.” But if nominated, Baldwin could strike a healthy balance between opposing Trump and winning over the divided country.

She’s had success with that strategy on the state level, doubling her margin of victory from 2012 to 2018. She has carved out a place in the Badger State amid the Republican trend in the formerly solid blue Rust Belt. Strictly from an Electoral College standpoint, winning back Wisconsin and other Midwestern states would almost guarantee a Democratic White House.

Of course, the biggest hurdle for her now is just joining the race.