UI fosters innovation on many levels

The UI’s creation of the new chief innovation officer in October adds to its list of programs that encourage entrepreneurship. 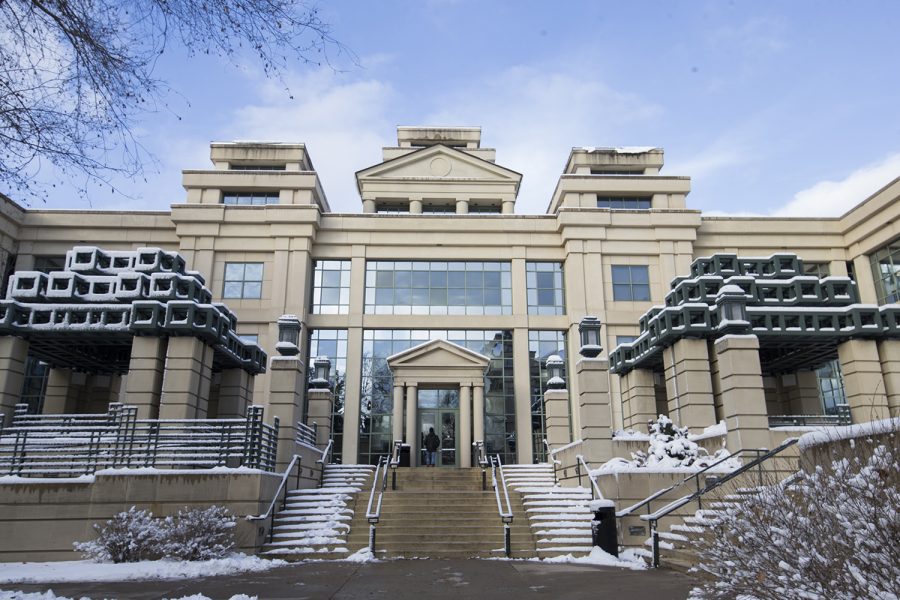 The Pappajohn Business Building is seen on Monday, Nov. 26, 2018. Staff members of Pappajohn are working to develop new innovation methods for the University of Iowa.

With plans to build a new center of innovation and the hiring of a chief innovation officer, the University of Iowa will continue to build on its reputation of supporting innovation and entrepreneurship for students and faculty.

Jon Darsee, a former Hawkeye basketball player, was selected in October to the UI’s first chief innovation officer. He is tasked with fostering innovation and economic development at all levels of the university, focusing on faculty and researchers.

Darsee said he is still in the early stages of his new role. He is meeting with people from different colleges and different backgrounds across campus, trying to find out the best ways to help the university as a whole.

He said he hopes to work as a bridge among the many different innovation resources on campus. He wants to lead innovation among people who wouldn’t have otherwise come together.

“We have a lot of talent and a lot of innovative people, but they don’t always know how to connect to each other,” he said.

Darsee said he wants to be the place where people can go if they have a startup idea, or any other kind of ideas for innovation, and work out solutions.

The state Board of Regents in September approved plans to convert the old Art Building on campus into an innovation center in which students and faculty will be able to collaborate and learn through experiments.

Another space that aims to foster innovation at the UI is the Pappajohn Entrepreneurial Center, headed by Executive Director David Hensley. The center offers assistance for entrepreneurs at any level of development, he said.

“Depending on where they are, they can move into different types of programs and services,” Hensley said.

Among those programs are competitions such as the Iowa Startup Games, a weekend-long workshop in which students form teams, then pitch their business model at the end of the weekend. The winners receive cash prizes and resources to turn their ideas into reality.

The entrepreneurial center also hosts the Founders Club, an organization for UI students who want to start businesses. Hensley said the Founders Club offers marketing, financial, and legal support, and it connects students with resources and mentors on campus.

UI sophomore computer-science major Caleb Marting, one of the many students who have enjoyed success through the Founders Club, created the AV Panel, an acoustic foam LED panel with customizable lights that reacts to music.

Marting broached the idea in an elevator-pitch competition held by the Founders Club, and he then began going to the meetings and working on his product.

“It’s a great place to meet new people, to get some ideas,” he said.

Through the Founders Club, Marting was able to get a provisional patent for his product. He has launched a Kickstarter campaign that has raised more than $3,000, and he hopes to ship the product by April.

In addition to students and faculty, Hensley said, the Entrepreneurial Center also works with entrepreneurs in the community. The Iowa City Area Development Group and MERGE are two companies that work with the university on entrepreneurship.

“I think it’s fair to say that we have one of the largest, most comprehensive entrepreneurship programs in the country,” Hensley said.