Megan Gustafson picked up another weekly honor after a stellar week. 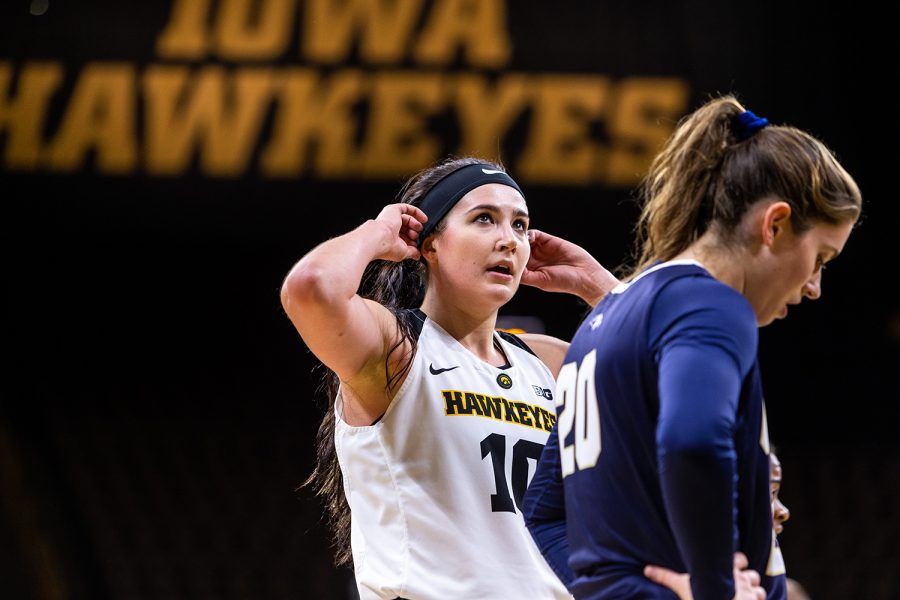 Iowa forward Megan Gustafson #10 adjusts her headband during a break in play during a women's basketball game against Oral Roberts University on Friday, Nov. 9, 2018. The Hawkeyes defeated the Golden Eagles 90-77.

For the third week in a row, Megan Gustafson is the Big Ten Player of the Week, the conference announced Monday.

Gustafson averaged 22 points on 80 percent shooting from the field to go along with 12 rebounds in two games over the week.

In the Hawkeyes’ lone loss of the season to Florida State on Nov. 24, Gustafson went 8-of-8 from the field for her second perfect shooting performance of the season. She also went 13-of-13 against Western Kentucky on Nov. 13. Gustafson ended up scoring 16 points and pulling down 8 rebounds in the loss to the Seminoles.

Gustafson has now secured a total of 13 weekly honors in her career, and this award marks her third of the season. Gustafson broke a Big Ten record in 2017-18, racking up nine Player of the Week honors. Now, just five games into the 2018-19 season, she is already a third of the way there.