Helton: Two big problems in election night coverage and how to fix them

Media outlets, especially TV, need to be more clear and careful with how they track elections. 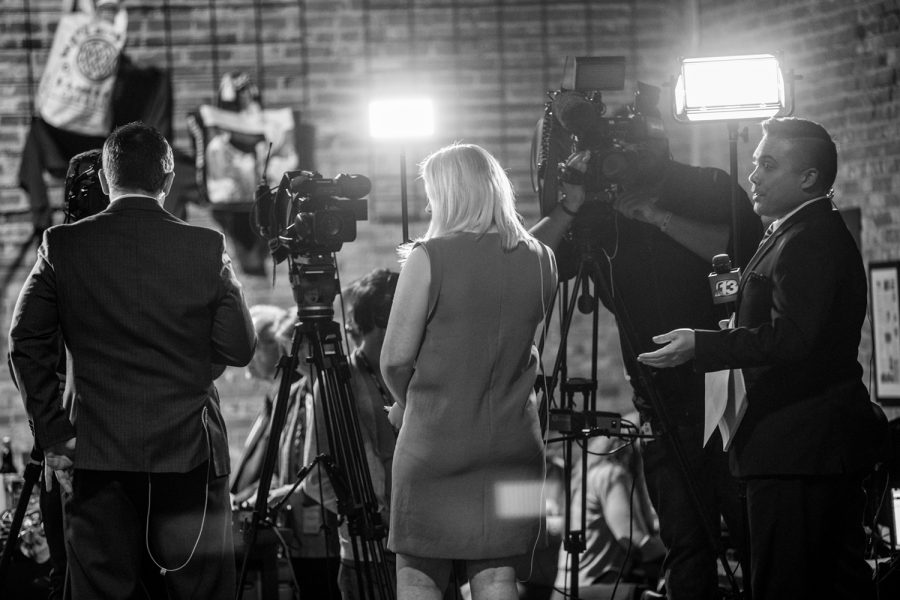 If you watched any portion of an Election Night program on TV, you have an idea of what the programs look like. No matter the channel, there is a results ticker on the bottom of the screen and some anchors and pundits babbling away on the rest of it. Both of these mainstays of a network’s election coverage do a disservice to the tens of millions of Americans watching.

First, let’s look at the lower third graphic that occupies the bottom part of the screen for nearly the entire broadcast. It rotates through major races — governor, Senate, House — and shows who is winning and by how much.

But that’s exactly the problem. The vote count isn’t like a basketball game where someone can build a lead, fall behind, and make a comeback. Taking our own gubernatorial race, for example, Democrat Fred Hubbell was “leading” for much of Election Night, and lost closely yet definitively to Republican incumbent Kim Reynolds. That imagined “lead” was merely a matter of which areas’ results came in first. It just so happened that votes in Hubbell-leaning precincts were counted before ones in which voters preferred Reynolds.

To be fair, the ticker does try to account for this. It will show a percentage next to the current vote share in an attempt to show the viewer that only certain portions of a vote have been counted. While it could be worse, this isn’t good enough. Many people watching might gloss over the precinct percentage, which is often small and can be difficult to read on a low-definition screen. And even if they can see it, it’s not guaranteed viewers will understand what it means. CNN doesn’t bother to label its percentage bar. It only showed a “7 percent” or “16 percent,” as if the election was on low battery.

Any possible confusion could be cleared up by the people covering the election, but most of their time is used discussing a handful of high-profile matchups. If you’re waiting for the cycle to get to your congressional district in Iowa, seeing a “12 percent precincts reporting” isn’t much help. Whatever the current vote totals are, they’re basically meaningless.

Speaking of those reporting on the results, the need for instant narrative on Election Night is unhelpful at best and misleading at worst. I understand narrative is often a central part of a news story, especially in politics where a lot of weight is put on messaging and optics.

RELATED: Jaimes: Two women made history Nov. 6; only one received national attention for it.

But jumping to conclusions after a few elections, as many did after the Indiana Senate race was called, dampens the bigger picture. What was thought to be a toss-up or even a lean-Democratic matchup turned out to be a sound Republican victory. This threw anticipation of a “blue wave” out the window. If the incumbent Democrat wasn’t even competitive in one state, his party must be screwed across the entire country.

That’s not what happened. Democrats did just as well if not better than expected almost everywhere else. The polls in the Hoosier State are the first in the nation to close, and usually has the first results to report. But because an immediate narrative is central to the hours-long election broadcast, many outlets started framing their analyses as a disappointing night for Democrats or a “blue ripple,” even though the party made significant strides in races called later in the night.

Of course, all these problems would go away if TV news moved from being less about money-making excitement and more about important, informative content. But that’s for another article, another time.