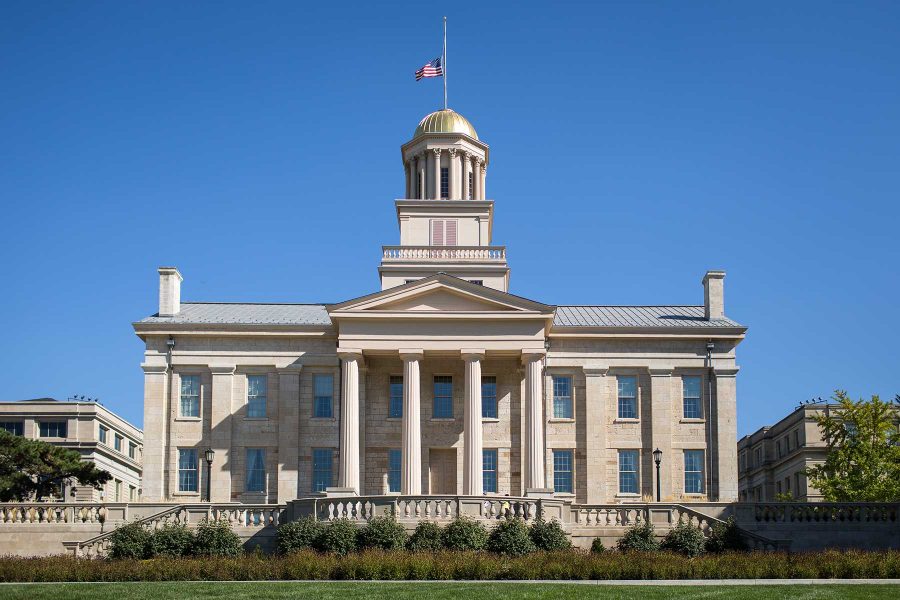 “We’re not able to share details about the alleged incident at this time because it remains under university investigation,” UI spokesperson Anne Bassett said in an email to The Daily Iowan regarding Kappa Sigma’s suspension.”The University of Iowa Department of Public Safety is not investigating any alleged incidents of hazing at this time.”

The UI’s fraternity and sorority accountability action summary, last updated Nov. 19, states Kappa Sigma is “currently on operational suspension by the University of Iowa through the Discipline of Student Organizations process.”

The document shows two other greek chapters were investigated in 2018 for hazing, among other policy violations — fraternity Delta Chi in March and sorority Delta Sigma Theta in May.

Delta Chi, one of the fraternities also suspended in October, was placed on deferred suspension through the spring of 2020 for its conduct pertaining to the March policy violations.

The sanctions for Delta Chi outlined in the accountability summary state “the chapter is not allowed to recruit new members without approval of their recruitment plan by Division of Student Life staff,” and also stipulated “the chapter must co-host, with the [Interfraternity Council], a hazing educational for the chapter (90%) and members of the IFC community no later than October 1, 2018.”

Delta Sigma Theta’s sanctions, according to the accountability summary, state the chapter is on disciplinary probation through the fall of 2019 and will work with fraternity/sorority life staff “to provide an educational program for the chapter” and other National Panhellenic Council organizations on hazing “before the chapter is allowed to participate in intake again or by December 1, 2018, whichever comes first.” The chapter will collaborate with several greek officials and Division of Student Life staff “to thoroughly review the membership intake process.”

The UI has pushed for culture change in the greek community since the death of UI student Kamil Jackowski in April 2017, particularly focused on reducing high-risk alcohol consumption in the community. After his death, greek-community leaders banned all chapter events with alcohol “until further notice.” The moratorium remains in effect.

In November 2017, a pilot program was tested for chapters with no moratorium violations to have events with alcohol under specific guidelines, allowing those chapters to host up to three social events. The program is continuing in fall 2018.

UI Vice President for Student Life Melissa Shivers said in October she organized a team of 20 individuals to provide recommendations related to health and safety, peer accountability, continuous improvement, the assessment of programs and initiatives, and more for a Fraternity/Sorority life 2020 strategic plan.

“How do we engage in social activities that do not potentially create environments of harm? Those are things that we’re going to have to work on together,” she told the DI in October. “It’s not enough that we’ve fallen out of the party-school ranking. That’s something that certainly we are proud of, yet, there are still challenges that exist. But I am ready and willing to start to work with those individuals in that community to help make the Fraternity/Sorority Life experience better.”

UI President Bruce Harreld told the DI in October that the UI found “specific violations not only of the intent but just the specifics of that moratorium,” prompting officials to take action.

“… I am not going to be part of an institution that has parents send their daughters and sons here, and there’s not a safe environment,” Harreld said. “And some of the things that have gone on need to stop. And I’m not attacking the greek — I told them — I’m not attacking the greek system. It’s wonderful, let’s use it, let’s build from it. It espouses leadership and great values.”