College football Week 13: A fight for the Big Ten East

“Things I’m thankful for: my family, friends, health, and the fact that I wasn’t born into a family of Husker fans. Emphasis on the last one.” 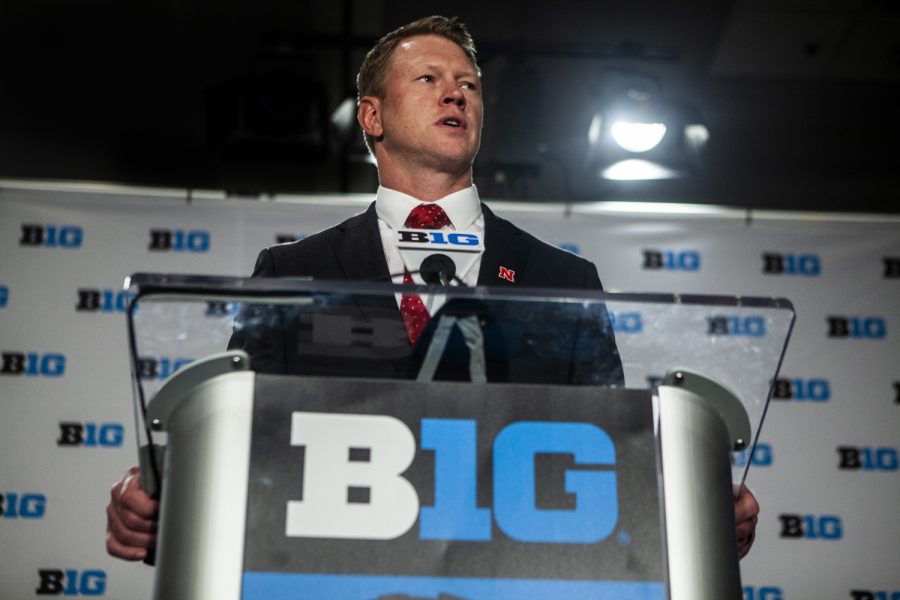 Put this team in the West, and it wins the division.

7) Michigan State (6-5):
The Spartans aren’t going for wins. They’re trying to see how many seasons L.J. Scott can suit up.

9) Maryland (5-6):
Middle-school me could have made that game-winning pass against Ohio State.

10) Nebraska (4-7):
Imagine giving your golden child the keys to the Porsche, and then he crashes it. 2018 Nebraska football.

13) Illinois (4-7):
Lovie Smith went to the Super Bowl with Rex Grossman. Why can’t he make the College Football Playoff with A.J. Bush?

This is Nebraska’s Super Bowl. The Huskers have nothing to play for except pride and bragging rights. Meanwhile, eight wins could get Iowa a decent bowl game. Guard Jalen Foster said that he “can’t wait to beat Iowa” last week. With a defense giving up 31.3 points per game, that isn’t happening.

This is usually the best game of the season, as far as Big Ten games go, and that’s true again this year. These teams hate each other, and luckily, we get to see that hate unfold in the form of a football game. Jim Harbaugh hasn’t beaten Ohio State. If you’re not beating the Buckeyes, then what are you doing for the program?

Well … this one should be … interesting? I’m confident many will forget about this contest with many other better games on TV at the time, but who knows, maybe this will end up being a shootout. That’s worth changing the channel at a commercial break to check on.

Northwestern is going to win this one. Pat Fitzgerald was mad his team was listed as an underdog against Minnesota last week. That’s not the case in this game. ’Cats by 30.

If there’s any Big Ten game that has the chance for an upset, it’s this one. Penn State struggled with Rutgers last week, and Maryland went toe-to-toe with Ohio State (and should have won). Who knows which Penn State team will show up?

Minnesota at Wisconsin (no line)

If this game was at the beginning of the season, I’d say Badgers by 30. Now, it’s a tossup. Wisconsin is on a downward spiral filled with disappointment to end the season, but Minnesota is fighting for bowl eligibility, and the Gophers are hungry (but is a 6-6 season in P.J. Fleck’s second year anything to really celebrate?).

Let’s file this under “games Adam won’t watch.” Chris Ash’s days as the head coach of Rutgers are numbered, but I’m not sure who wants to take this job. Meanwhile, Michigan State doesn’t have much to be proud of this season, either.