A company called Speeko, composed of a team including two UI entrepreneurs, recently launched an app that serves as a customized public-speaking coach. 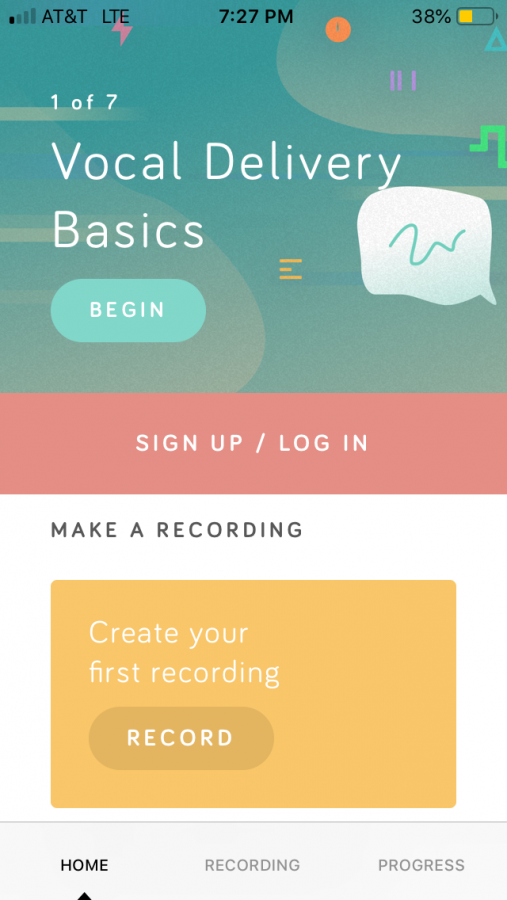 Screenshot of the Speeko app.

Nico Aguilar was a University of Iowa undergraduate when he suffered an anxiety attack while giving a speech in a rhetoric class.

His experience later prompted him to develop Speeko, a voice-analytics company that serves as a speaking coach for users who want to improve their vocal delivery. Aguilar and his team launched the app in October.

“It’s taken me years to overcome that [fear], and that journey has changed my life and opened countless doors for me,” Aguilar said. “With Speeko, we’re trying to bring that same breakthrough to everyone through technology.”

Together, the team recently worked to be one of 10 companies selected by Techstars, a global startup accelerator that provides teams with workspace and access to a mentor network for a three-month program. More than 2,200 companies applied.

“The No. 1 thing experts say you should do to overcome this fear is practice, and that’s a big barrier for people, especially students,” Pham said. “We want to lower that barrier. Everyone is comfortable with their phones, so our goal is build a tool that really gets them excited to take that first step.”

The app works by first listening to the user speak. Field-Thompson said Speeko then takes the recording and shows the user how they scored based on six different metrics. With that, the app suggests vocal exercises similar to what an average speech coach would use.

“We look at how you speak, your word choice, your energy level, and give you guidance, and feedback, and critical self-awareness to help you improve,” Aguilar said.

Neyland said the Speaking Center often encourages students to record themselves and note what they are doing well to improve their public-speaking skills.

“That way, they can keep doing those things and feel that they have some mastery already,” she said. “It makes it much less intimidating.”

Aguilar said Speeko breaks down a user’s plan to improve by providing customized coaching lessons. The app provides a visual of the user’s recording to show how long they stay within target levels of the six individual metrics such as Intonation and Pace. The app also includes coaching on calming nerves, such as breathing exercises.