The UI alums behind the Netflix original ‘Love’

Actors Chris Witaske and Paul Rust reflect on their time at the UI and how college prepared them for Hollywood. 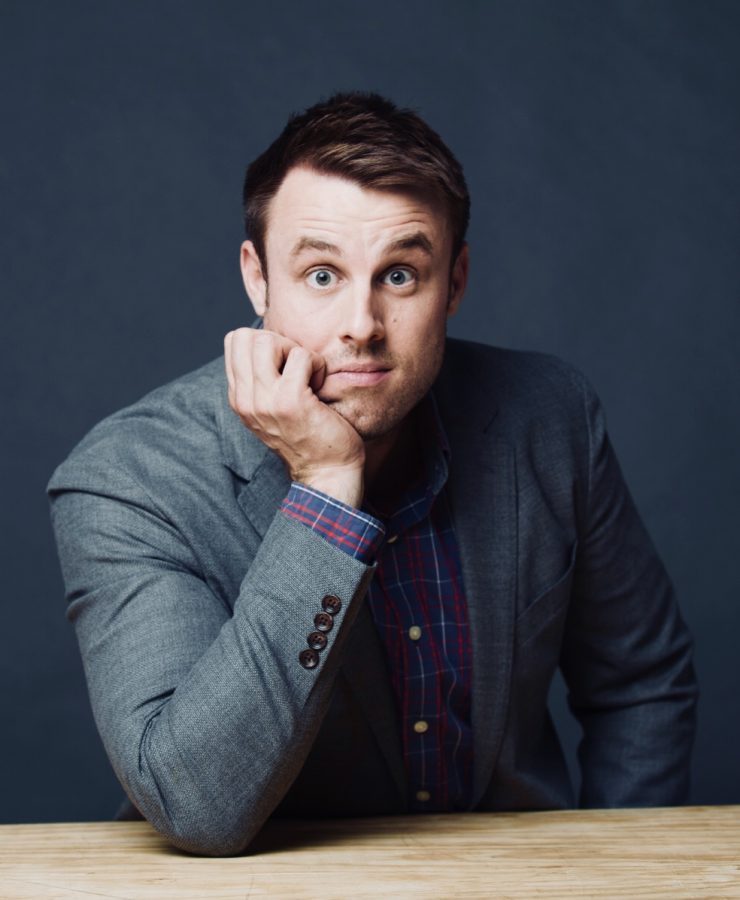 Making it big in Hollywood may seem like a faraway dream to most. Whether it be work in the middle of the spotlight, behind the camera, or in the writers’ room, the Los Angeles movie industry may seem grueling and impossible to step into.

For University of Iowa alumni Chris Witaske and Paul Rust, their passion for theater and the cinematic arts have led to them to starring on the Netflix original show “Love,” which released its third and final season in March 2018. The show follows a couple’s journey from their relationship’s start.

Rust co-created the show with his wife, Leslie, and renowned Hollywood comedy producer Judd Apatow. In addition to being a writer and producer, Rust was also chosen to co-star alongside Gillian Jacobs in a lead role.

He graduated from UI in May 2004 with a major in cinematic arts and two minors in theater arts and communications. He moved to Los Angeles just three months later.

Witaske was a series regular, playing Rust’s best friend on the show. He graduated in 2005. Instead of heading straight to LA as Rust did, he joined the improv scene in Chicago.

“It was nice because I already had a bunch of improv experience in college,” Witaske said. “It was easier, then, for me to transition to the world of improv comedy in Chicago, because of all the stage time I got in Iowa, which is so important when you’re an actor or performer. Getting up in front of an audience is crucial.”

Rust credits his success in Hollywood to the connections he made in college. He said the people he met then have become lifelong partners.

“The best thing somebody can do is get involved in a community of creative people, and that can start in Iowa City,” he said. “If you make yourself open to new experiences and meeting new people, you can end up working on some really cool things and collaborating with people.”

For example, Rust spent almost each of his Friday nights performing at No Shame.

“I met a lot of my friends and people who I see every day out here in Los Angeles,” Rust said. “It was everything I dreamed college would be: creative people, creating art on the weekend, and then I also don’t have to worry about going out to a party.”

Witaske also reflected on his college days and his experience in the fraternity Phi Gamma Delta.

“I got my name in The Daily Iowan one time for having a disorderly house because I threw a party that got out of hand,” he said. “I made my parents very proud. It was my senior year; I lived in a party house. We used to throw huge parties.”

Witaske is also grateful for the education and lifelong friends he made at UI.

“There are large sections of college that I don’t remember, but I had a great time. Iowa City is so fun, what the hell do you expect?” he said. “I love Panchero’s and I miss the Airliner pizza. I got a great education. I’m still friends with all my buddies from college, and we keep in touch. I have really fond memories of my time in Iowa.”

Witaske said he loved being on the improv group Lightning in a Bottle with Nick Westergaard, Megan Foster in Iowa City, which performed at the Green Room and venues such as the Mill. This involvement was part of what allowed him to flourish after college, he said.

Besides Lightning in a Bottle improv, Witaske was very dedicated to another student organization.

“I was a proud Dance Marathon dancer and supporter all four years of college,” he said. “I would like to say congratulations to Dance Marathon on 25 years. I think that’s one of the coolest things. It makes me very proud to be a Hawkeye.”

Rust said he moved to LA right away because he had fostered relationships with people living there.

“I drove out with a friend; it was very very scary. The first few months I lived in Los Angeles, when I was lying in bed, I would run through my mind reasons to stay in Los Angeles, trying to keep myself grounded there,” he said. “It can be really tough, because in addition to trying to make your way in a new city, you’re also trying to understand what you’re going for, and it can be very very difficult.”

After moving from Chicago to LA around five years ago, Witaske also dealt with a sense of unknown.

“When you first get out here, you’re really kind of starting over. You kinda get a clean slate,” he said. “It helped that I had done stuff in Chicago meeting people, networking, meeting the casting directors. It’s a whole long process; you really just gotta throw yourself in. You could be a writer’s assistant. That’s how a lot of people get their start.”

Rust said that there were so many great things he learned at the UI, one of them being that “values can be placed on a spectrum.” As with most college students, it was a time of significant growth and change.

“I was taught by a lot of great people at the University of Iowa, people in the Film Department and the Theater Department really couldn’t have been more supportive, and my life would be totally different if I didn’t have those four years of education,” Rust said. “It’s about the actual work itself. The focus is on how I can be creative and how I can deepen what I am trying to say. I am so grateful that that’s the value that I was taught.”