From University of Iowa Writers’ Workshop to publishing for Amazon 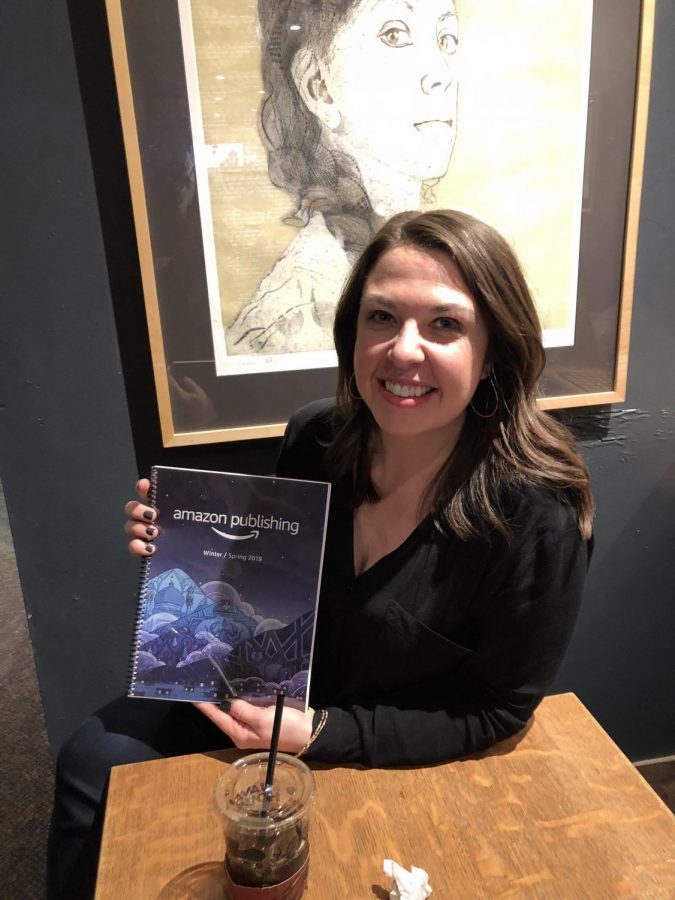 The Iowa Writers’ Workshop has paved the way for countless great and successful authors, poets, and creative entrepreneurs. While typically producing authors and poets, the Workshop has also produced people entering the other side of the writing field. Writers’ Workshop graduate Lucy Silag, a publicist working at Amazon, is one of those.

New York resident Silag sat in the comfort of Java House, slowly sipping an iced coffee. She was in Iowa City for a brief visit and made time to reflect on the Workshop’s impact on her career.

She received an undergraduate degree from the University of California-Santa Cruz with a major in women’s studies. There, she worked at a local bookstore for three years, which is how she got into publicity. After college, she moved to New York to work in publishing.

Silag headed to Iowa in 2009 for the Writers’ Workshop.

“I was reading so much Y.A. at that time. I wanted to try to write some; it seemed like it’d be really fun,” she said. “I started writing a Y.A. novel, and I ended up selling it as a trilogy. That’s how I transitioned to wanting to come over to Iowa.”

Her parents and siblings had all attended the university, so she was set on getting in.

“At that point, I hadn’t yet sold my book, but I was dreaming about selling it,” Silag said. “I applied to Iowa for the M.F.A. program, and it was the only place I applied to. I didn’t know what we were going to do if I didn’t get in.”

Silag said that the Writers’ Workshop asks for a large writing sample from applicants.

“I wrote three short stories. I treated it as if it was a job,” she said. “I just wrote the stories, and edited them, and got feedback from anyone who would read them, family members, friends, and just tried to make them as good as they possibly could be. I was just dying to go there, and when I got in, it was like the best day of my life, and I was so excited.”

Silag was also a TA for a Rhetoric Department class, and she is still nostalgic about the three years she spent at the UI.

“I just loved living here. It was amazing to have time to write,” she said. “I really loved my experience being a TA. I thought it was really fun to work with students.”

Silag is an example of the versatility of a writing degree. After receiving an M.F.A., she moved back to New York with her husband, where she returned to the publishing industry.

“I was working for Penguin Random House, which is the largest global publisher of trade books,” she said. “I turned 35, and I was like, ‘I need a new adventure,’ so I got a job at Amazon Publishing. It has been so much fun, but it has been the biggest company I have ever worked for.”

On the PR team for Amazon Publishing, Silag helps to publish literary fiction and nonfiction books.

“We are a publisher inside Amazon, and we publish all kinds of books. We are a full-service publisher,” she said. “We have editors, and we work with agents to buy manuscripts from writers.”

The job requires lots of travel, she said, which is her favorite part of the job.

“As a publicist, it’s my job to get our authors reviewed or set up interviews,” Silag said. “I set up a lot of events, go to a lot of book festivals. It can be a little overwhelming, especially after working at smaller places. What’s really exciting about Amazon is that it’s very collaborative; there are a lot of chances to be a leader.”

Silag encouraged students to consider a career in publishing after college.

“I’d love to see UI grads come work at Amazon. I think it’s just a fantastic place to work,” she said. “I know a lot of UI students are interested in writing and creative writing, and maybe they want to be an editor. Amazon is growing, so we always have a lot of different openings, and it would just be really cool to see some UI grads come and work with us.”

“If you’re interested in books and writing, just read as much as you can, and try to read pretty widely, so try to read outside your comfort zone,” she said. “I think that will really serve you well in your future in working with publishing or books and reading.”

She also recommended that students stay in touch with their professors and TAs.

“Just stay connected. I still have students who will reach out to me. I’m very happy to support folks,” she said. “I would say just take advantage of that as much as you can, and don’t be shy about it.”