The Libertarian Party of Iowa has lost their ballot-eligible status, as the party’s recent gubernatorial candidate Jake Porter did not receive 2 percent of the votes cast in last week’s midterm elections. 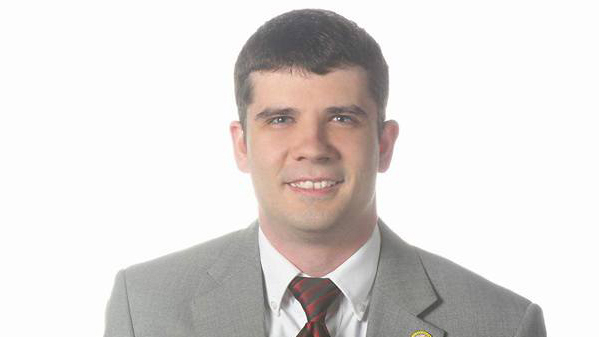 Libertarians have lost their status as an official ballot-eligible political party in Iowa after their gubernatorial candidate, Jake Porter, failed to earn 2 percent of the votes cast in last week’s midterm election. That percentage fell short of the state’s legal requirements to be a major political party as specified in Iowa Code 43.3.2.

Going into the midterms, members had high hopes that this election would mark a new beginning for Libertarians in Iowa.

“We actually thought we were going to do much better, at least enough to keep our party status,” Porter said. “The high turnout really shocked us, and the ability that the Democrats and Republicans had this year to rally their bases up to the last minute really caught us by surprise.”

According to preliminary tallies, Porter garnered 21,110 votes, 1.61 percent of ballots cast statewide. All election results are unofficial until the state canvass is completed in December.

Between two Des Moines Register polls conducted on the gubernatorial race in mid-September and in late October, Porter saw his percentage drop by 5 points.

Since losing the status, Libertarians will not take part in future primary elections or hold nominating conventions unless a future presidential or gubernatorial Libertarian candidate garners the required percentage of votes.

“Our candidates will still run, but we’ll have to petition for all of our ballot access, as we have in the past,” said Bryan Jack Holder, the Libertarian congressional candidate in Iowa’s 3rd District. “Most Libertarians are used to having to get on the ballot through the petition process, so it’s something that we’re familiar and comfortable with.”

This marks the second time a third party has won and lost official status in Iowa. In 2000, Green Party candidate Ralph Nader won 2.2 percent of the vote, but the party lost its position after a lackluster performance in 2002.

“You’re socialized to think in terms of that duality of Democrat-Republican,” he said. “You have to have been really disillusioned to think that neither of the two major parties have anything to offer you, and for most voters that’s not the case.”

Republican Gov. Kim Reynolds was declared victorious over Democratic opponent Fred Hubbell by approximately 40,000 votes, 3 percent of the total. Covington said ballots cast for Porter most likely reduced Reynolds’ margin of success rather than Hubbell’s chances for taking the governorship.

Porter cited the uncertainty of the close gubernatorial election and a lack of local Libertarian infrastructure as the main factors behind losing major-party status.

“It came down to the fact that the Democrats and the Republicans have an infrastructure that really lets them get out the vote,” Porter said. “It’s a temporary setback, but I expect we’ll get our party status back in 2020, and then we’ll be able to maintain it in the 2022 gubernatorial race. We’re going to keep building, and that’s why focusing at the local level is critical.”

RELATED: Who are the Libertarian candidates on the ballot?

Despite the loss, with just over 13,000 registered members, Libertarians remain energized about the organization’s future.

“We would like to become as big as the Democrats and Republicans someday,” Holder said. “It might take 10 years, but we’re all willing to stay with this and work toward that goal. It’s all about giving people more options.”